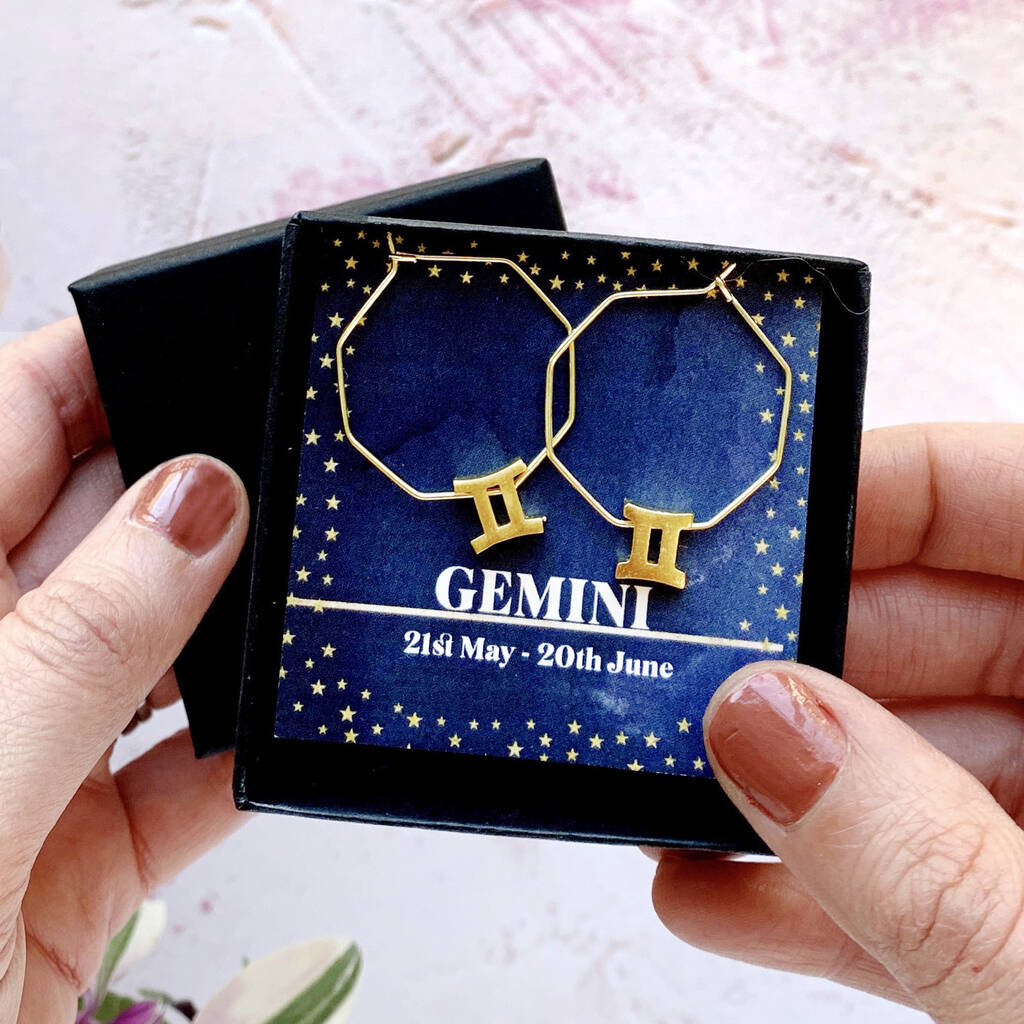 The perfect birthday gift for her, our modern take on the hoop earring makes the ideal gift!

The perfect birthday gift for her, our modern take on the hoop earring makes the ideal gift!

When you wish upon a star...

Choose their starsign and we'll create these extra special zodiac earrings, presented on a starsign card, especially for them:

Available in all zodiac starsigns. Your starsign will either be threaded onto the hoop and hung below it, depending upon the size of the charm. Please check the images for how your chosen starsign will look.