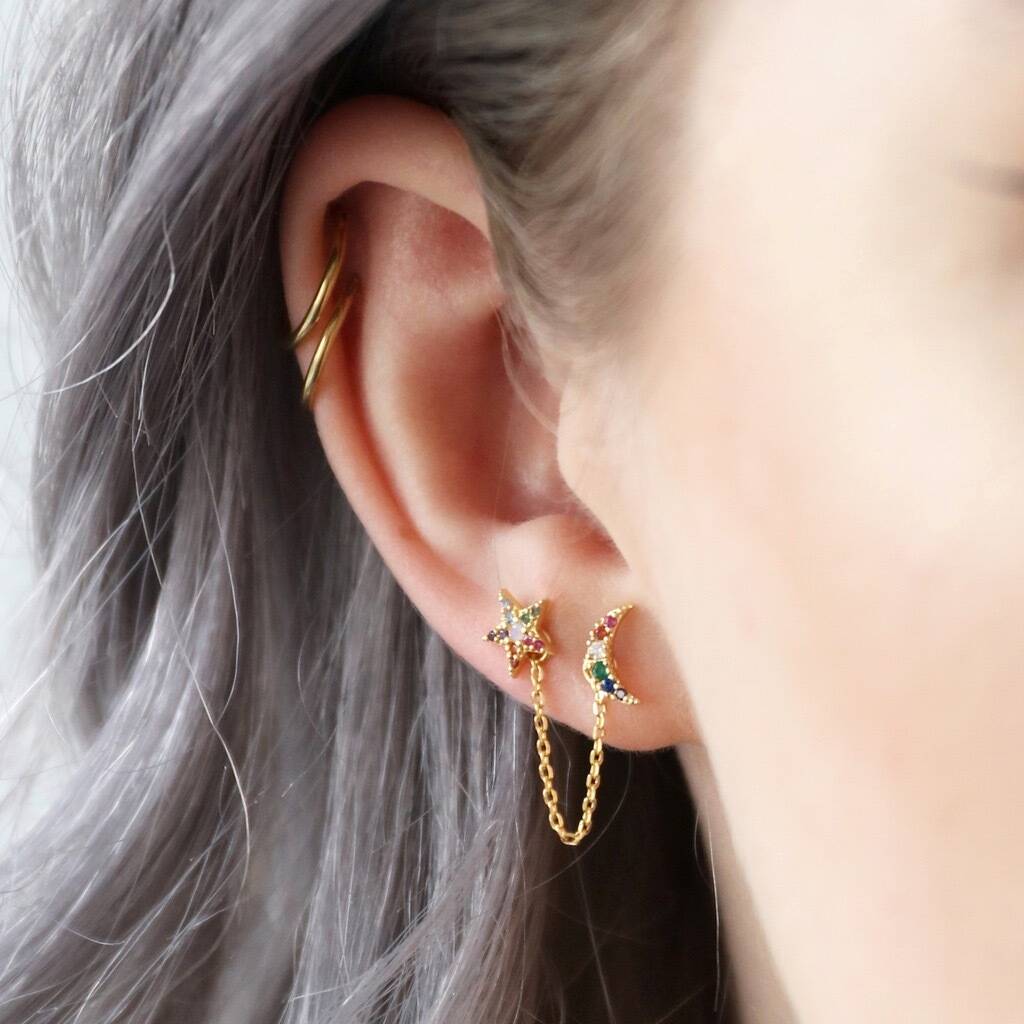 A unique double stud and chain earring, with a rainbow of crystal detailing. From Lisa Angel.

A unique double stud and chain earring, with a rainbow of crystal detailing. From Lisa Angel.

A double stud earring to be worn three ways, this jewellery piece is made from 18ct gold plating and is encrusted with multi-coloured crystals that decorate a moon stud and a star stud. Each stud earring is connected by a chain to be worn around the lobe, or separately.

These earrings can be worn in three ways:

1 - With each stud stud side by side in different holes, linked by the chain.

2 - As two separate studs by removing the chain completely.

3 - As two separate studs, but keeping the chain linked to one stud and looping it behind the lobe and linking it to the post.