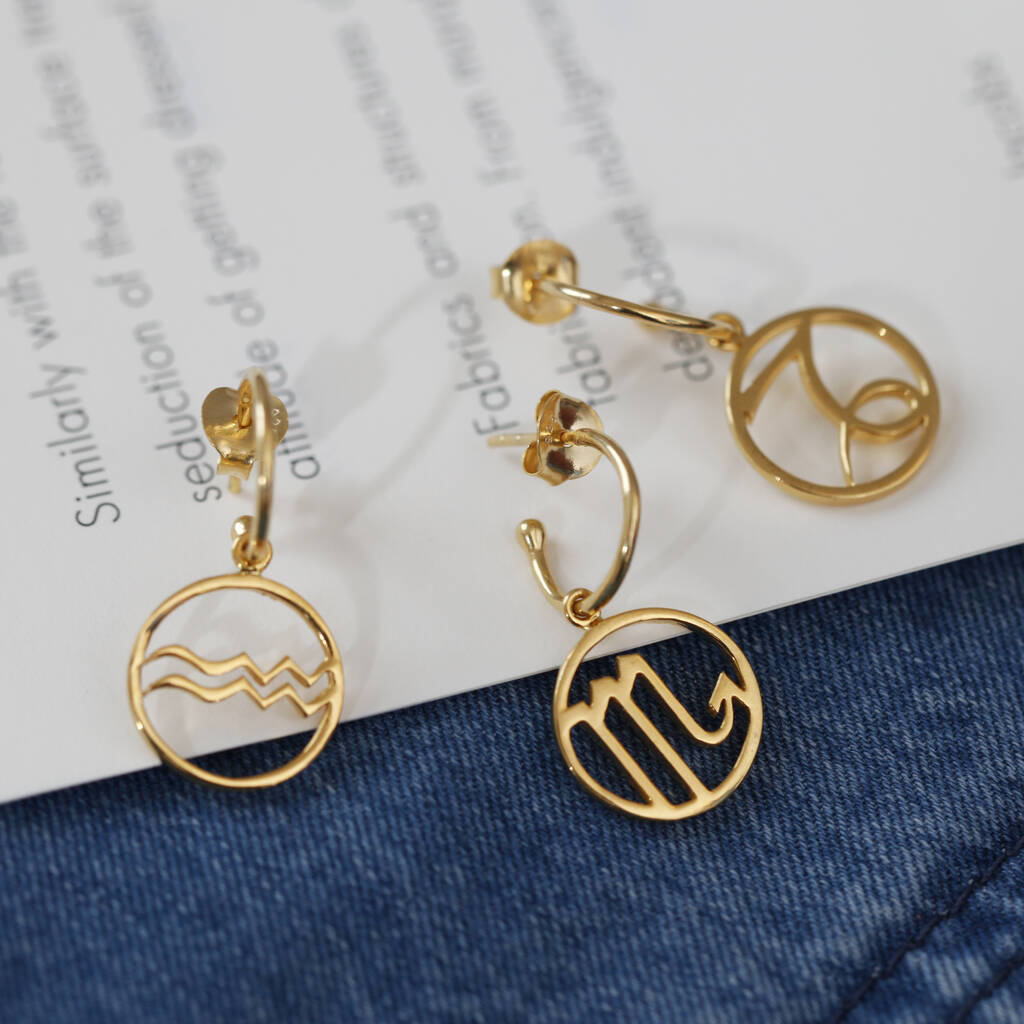 A beautiful pair of hoop earrings with a freely movable horoscope charm inside a circular frame with matching zodiac card to make the perfect gift.

A beautiful pair of hoop earrings with a freely movable horoscope charm inside a circular frame with matching zodiac card to make the perfect gift.

These 18ct gold vermeil plated sterling silver hoop earrings have a polished hoop with a stud fastening which threads through the ear with a butterfly back, the horoscope charm hangs from the hoop.

These earrings come in a Holly Blake branded box with care card to tell you how to look after your jewellery. They can be personalised by including a card of your choice with or without a message written on. Either way, these make a lovely birthday present or gift just because.

The Holly Blake Jewellery collection is made from either Sterling Silver, 18ct Gold Vermeil or Rose Gold Vermeil. Vermeil means 18ct plated Sterling Silver. Check out the drop down menu to see the material option for this piece of jewellery.

When pieces include gemstones, they are all cut from the rough rock, meaning your jewellery is made from premium precious gemstones that are carefully selected for their colour and quality.