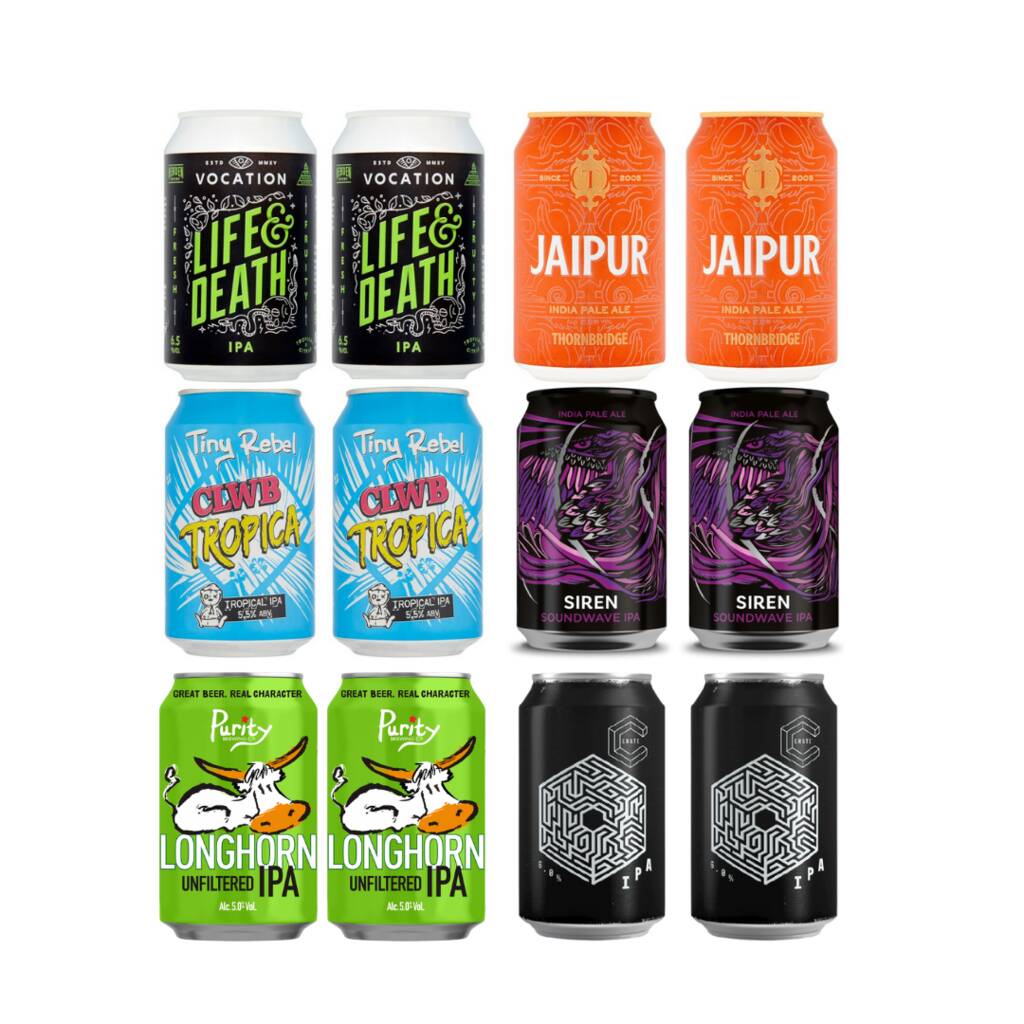 All About The Beer

These 4 IPA's are sure to go down a treat

These 4 IPA's are sure to go down a treat

2x Siren Soundwave | IPA| 5.4%. This IPA is full of flavour but goes down a real treat. Siren are a Berkshire brewer who have built a reputation as one of the UK’s best Craft brewers

2x Vocation Life and Death | IPA | 6.5%. This IPA is booming popularity and for good reason.

2x Purity Longhorn | IPA | 5.0%. Longhorn is an American style IPA named after the herd of Longhorn Cattle that feed of Purity’s spent grains.

2x Thornbridge Jaipur | IPA | 5.9%. One of the first IPA's with American hops to take the UK by storm

All About The Beer