Christmas in T-minus 90 days. Ready to start ticking your list off? Shop now 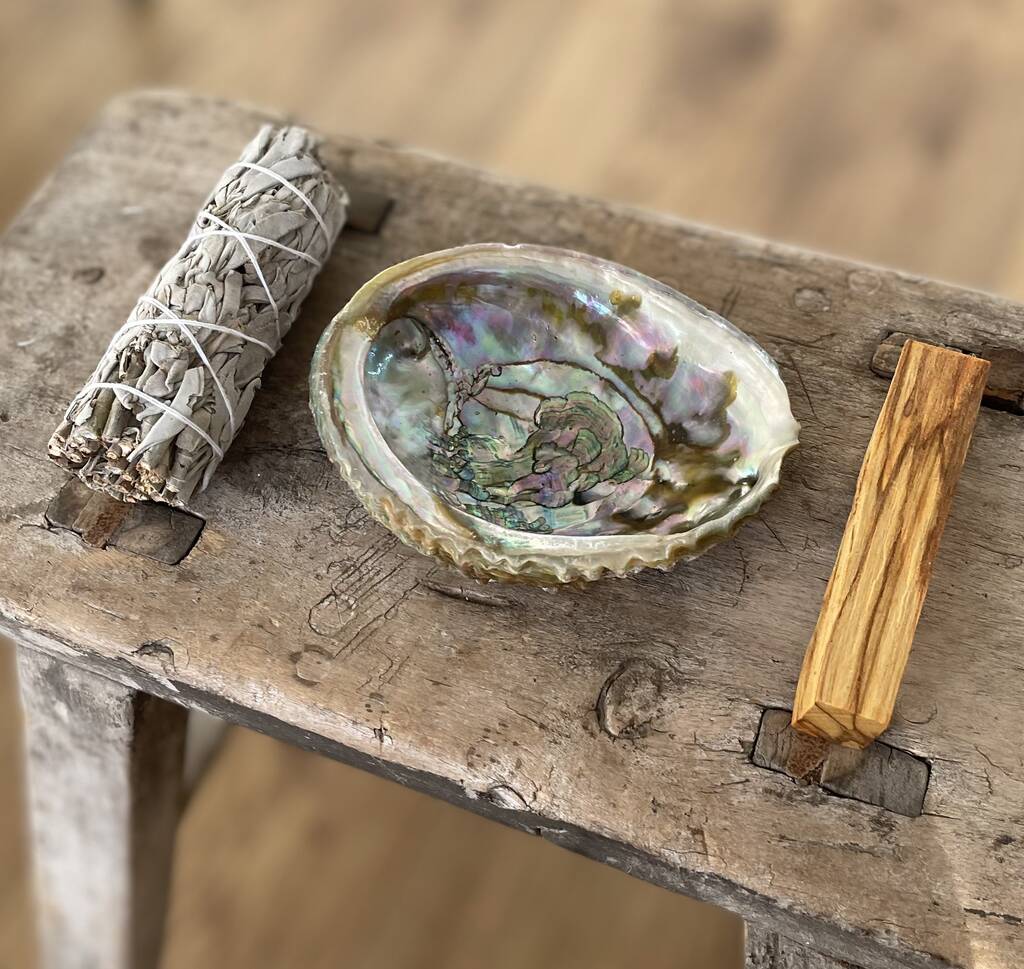 This kit incorporates all four of the earth's elements: the shell represents water, the smoke represents air, the unlit herbs or sticks represent earth and once lit they represent fire.

Our premium Californian white sage is ethically and organically farmed to provide you with smudge bundles of the purest quality.

California white sage has cleansing properties that help to relax and reset. Burning white sage or smudging is well known for its ability to purify and cleanse. It creates a calming ritual that helps to release stagnant energy.

The village in Peru we import the Palo Santo from only procures its wood from naturally fallen trees at the end of their lifespan.

In cleansing rituals, it is believed that holding onto the iridescent shell of the abalone increases feelings of peace and wellness