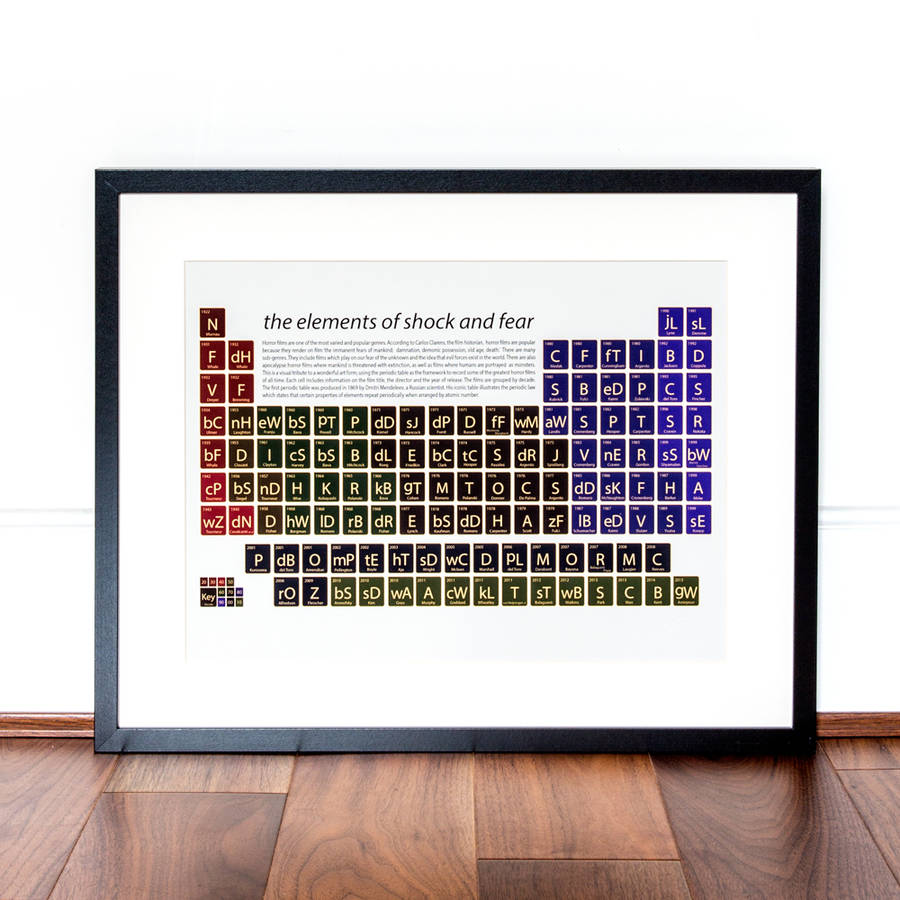 A beautiful, informative and unique art print for horror movie fans, showing some of the scariest films of all-time.

A beautiful, informative and unique art print for horror movie fans, showing some of the scariest films of all-time.

This is a visual tribute to some of the greatest horror films of all-time, using the periodic table as the framework. Each cell includes information on the film title, the director and the year of release. For example, the cell for The Blair Witch Project is shown as bW, Myrick and Sanchez, 1999.

The beautiful print includes up-to two letters to represent some great horror films including including The Awakening, Friday the 13th, Poltergeist, The Others, Pan’s Labyrinth and The Babadook.

This is a special gift for any film fan, especially if they enjoy horror films.

Prints can be personalised to include a favourite horror film or a film with special memories. This additional cell will include up-to two letters to represent the film title, the name of the director and the year released

A 'Crib Sheet' will be provided on request.

The unframed prints will be sent in a strong postal tube.