Quick – get it in time. Shop Valentine's 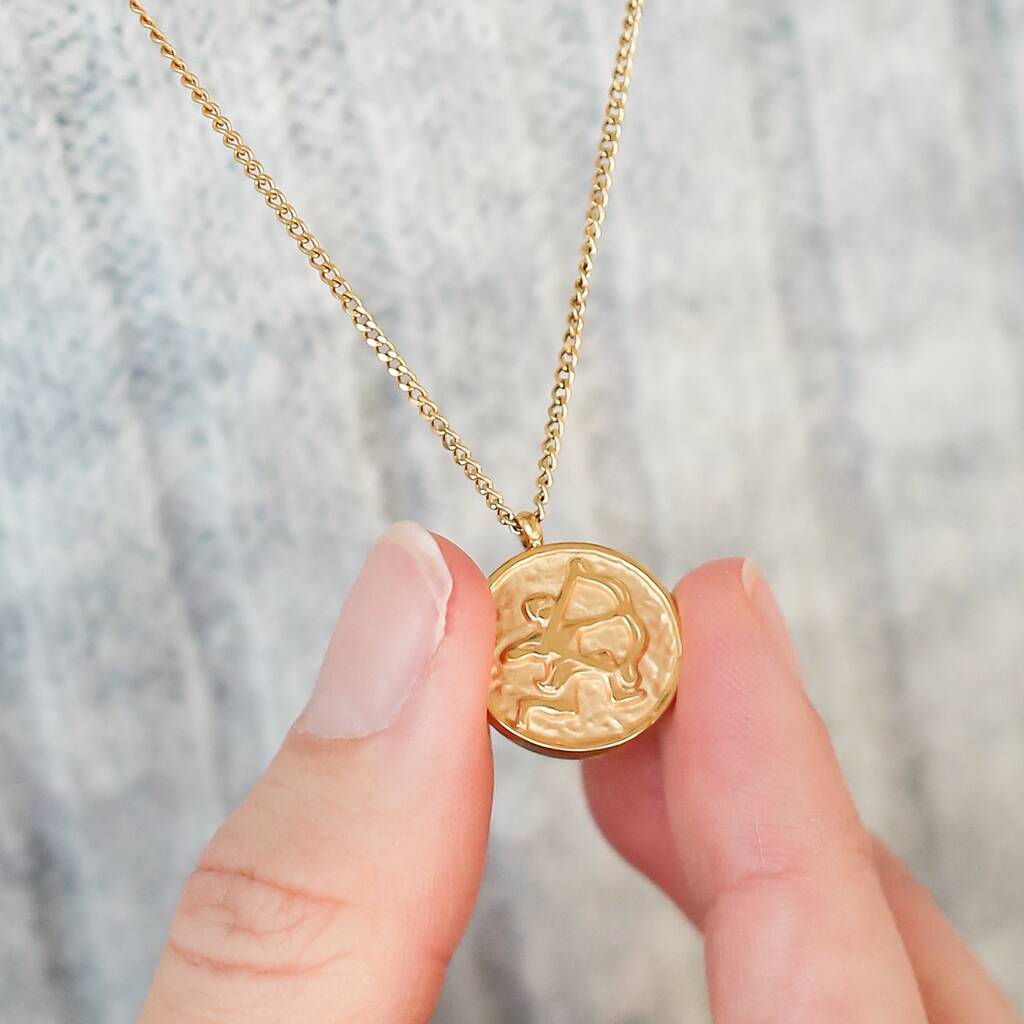 The perfect jewellery gift for a lover of all things astrology! Available in twelve designs.

The perfect jewellery gift for a lover of all things astrology! Available in twelve designs.

This necklace is made of 14ct gold plated stainless steel, featuring an organic-shaped circle pendant with a symbol in the centre that represents one of the twelve star signs. With a delicate curb chain and a lobster clasp to fasten, this necklace makes a beautiful birthday gift!