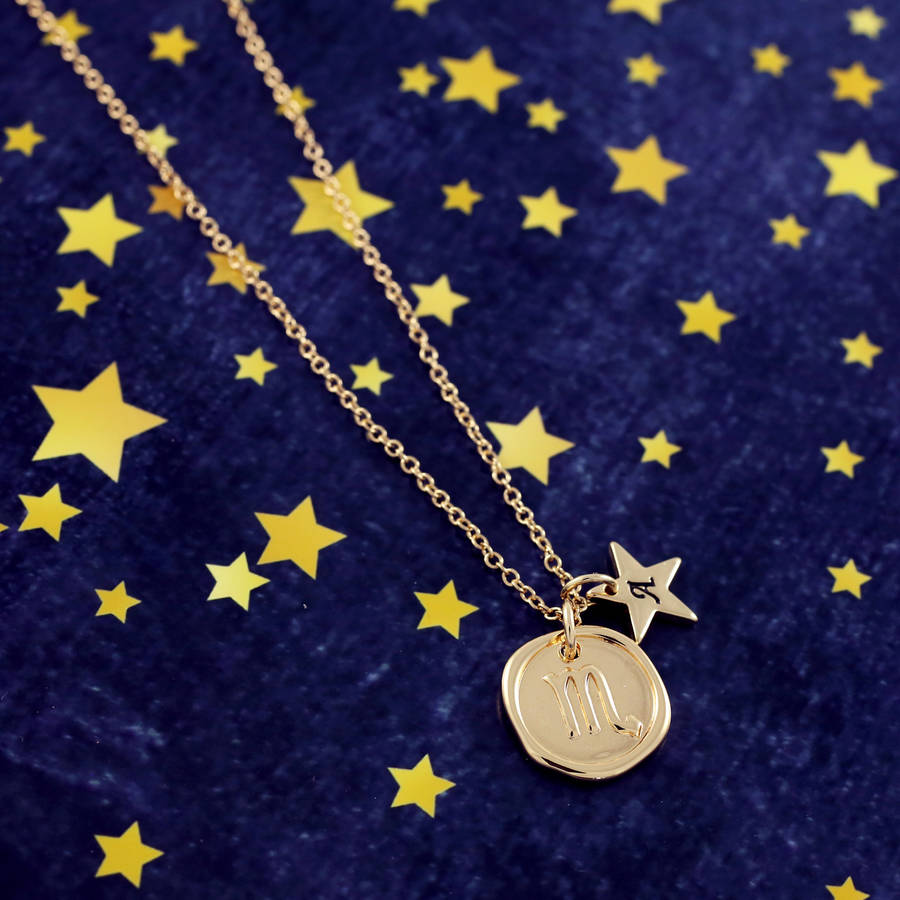 This simple horoscope charm mounted on our elegant Written in the Stars embossed cards makes a lovely birthday gift, or simply a treat to yourself!

Can be personalised with a star initial charm.

Every piece in the J & S Jewellery boutique range is uniquely designed by us to offer original high quality pieces of jewellery with a twist.

Made with Swarovski Elements.