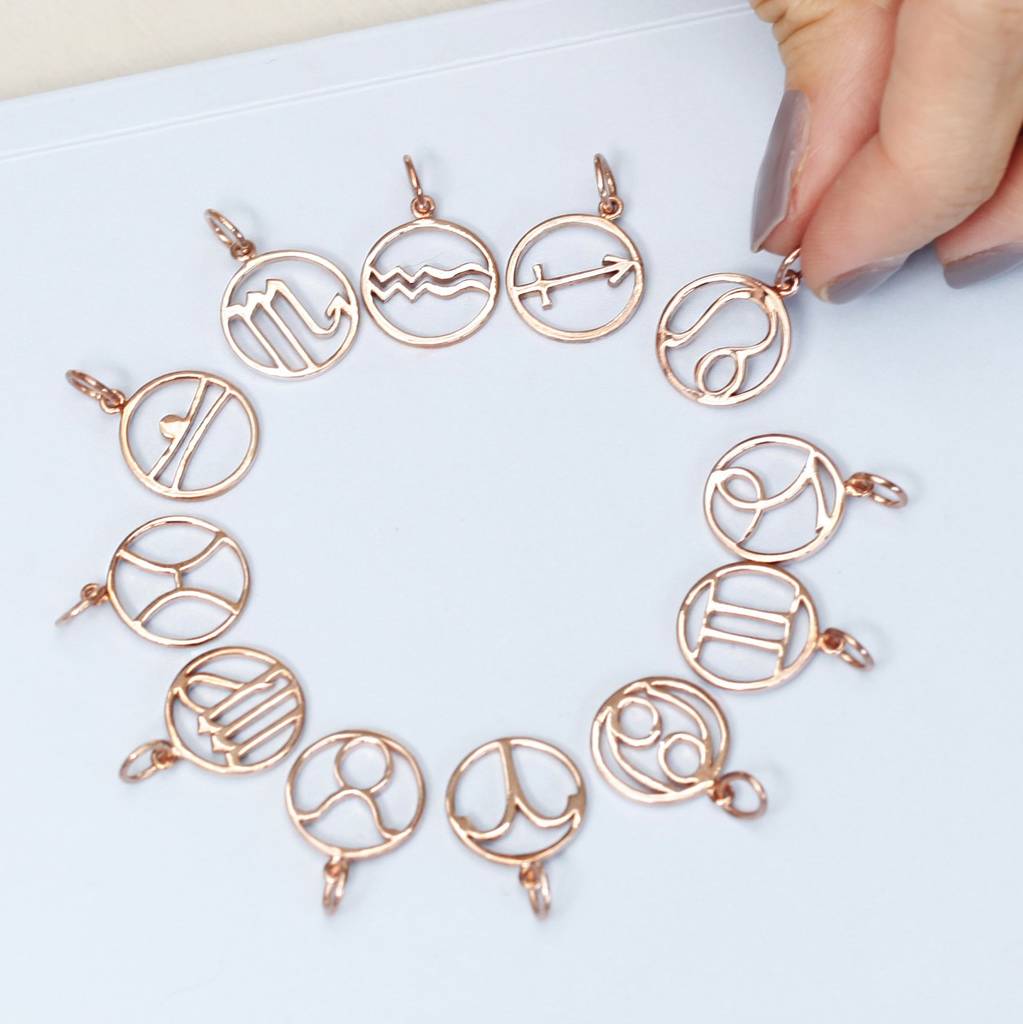 Our 18ct Rose Gold Vermeil necklace has a handcrafted horoscope charm hanging on a matching chain arriving with a corresponding card for that star sign.

Our 18ct Rose Gold Vermeil necklace has a handcrafted horoscope charm hanging on a matching chain arriving with a corresponding card for that star sign.

Our stunning handmade horoscope pendants are avaialble in every zodiac sign with a corresponding zodiac card included in the box. The card has 3 classic personality traits for that star sign.

This necklace arrives in a Holly Blake presentation box with a care card telling you how to look after your jewellery. The pendant arrives with a horoscope card and/ or a message card of your choice. This can include a special message or be left blank. It really is the complete gift for a birthday.

The Holly Blake Jewellery range is made from either Sterling Silver, 18ct Gold Vermeil or Rose Gold Vermeil. Check out the drop down menu to see the material option for each item. When we say Vermeil, we mean plated over 925 Sterling Silver.

When pieces include gemstones, they are all cut from the rough rock, meaning your jewellery is made from premium precious gemstones that are carefully selected for their colour and quality.