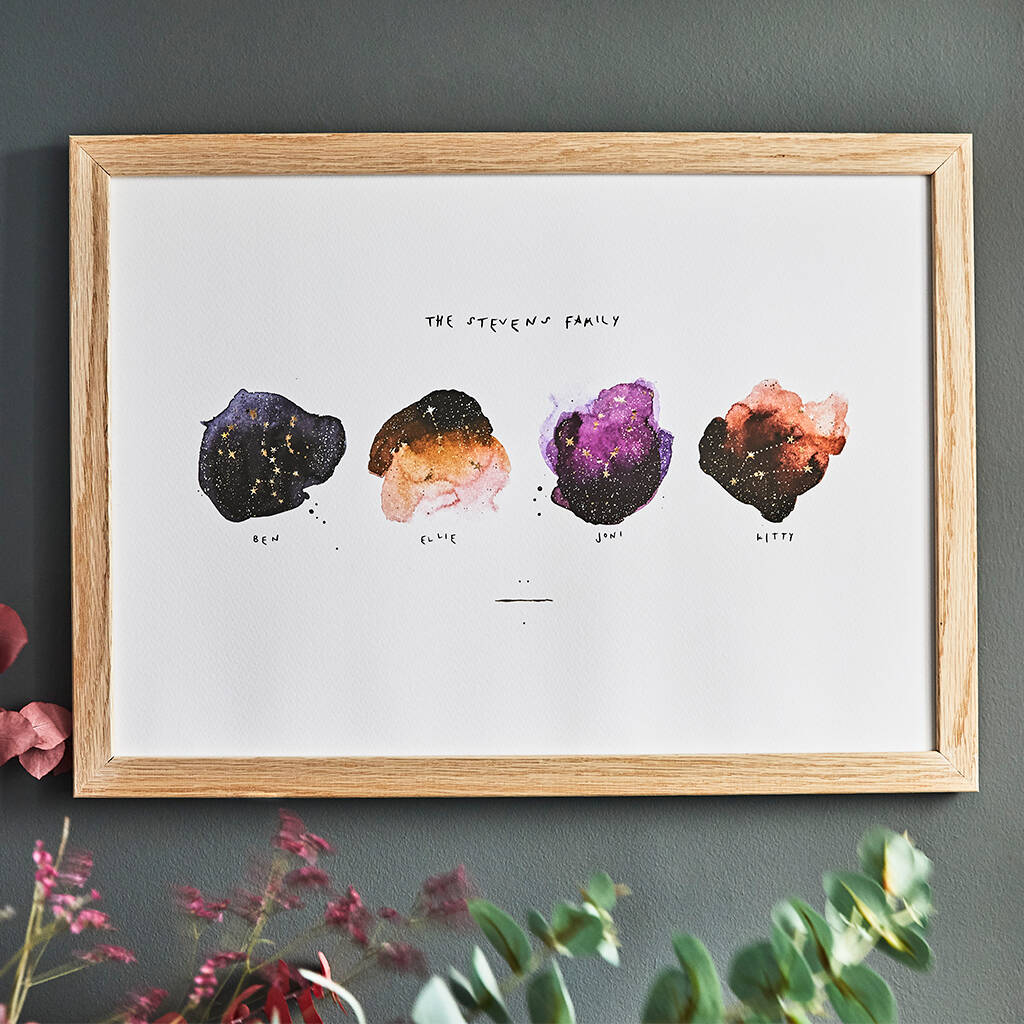 Please note, framing is not incuded in base price and is available from the drop down menus.

Please note, framing is not incuded in base price and is available from the drop down menus.

Beautiful personalised Zodiac Print. You can create the perfect gift for a new family, Mother's Day or Valentines.

Choose your zodiac signs and the names that will accompany them - they could even include your family pets!

Available in two standard sizes (A4 & A3) as a landscape unframed print.

You can also have the print framed. You can select this option from the drop down menus, the frames come in two colours oak (pictured) or white satinwood.

From the drop down menus:

Please select the size and whether you would like the print framed.