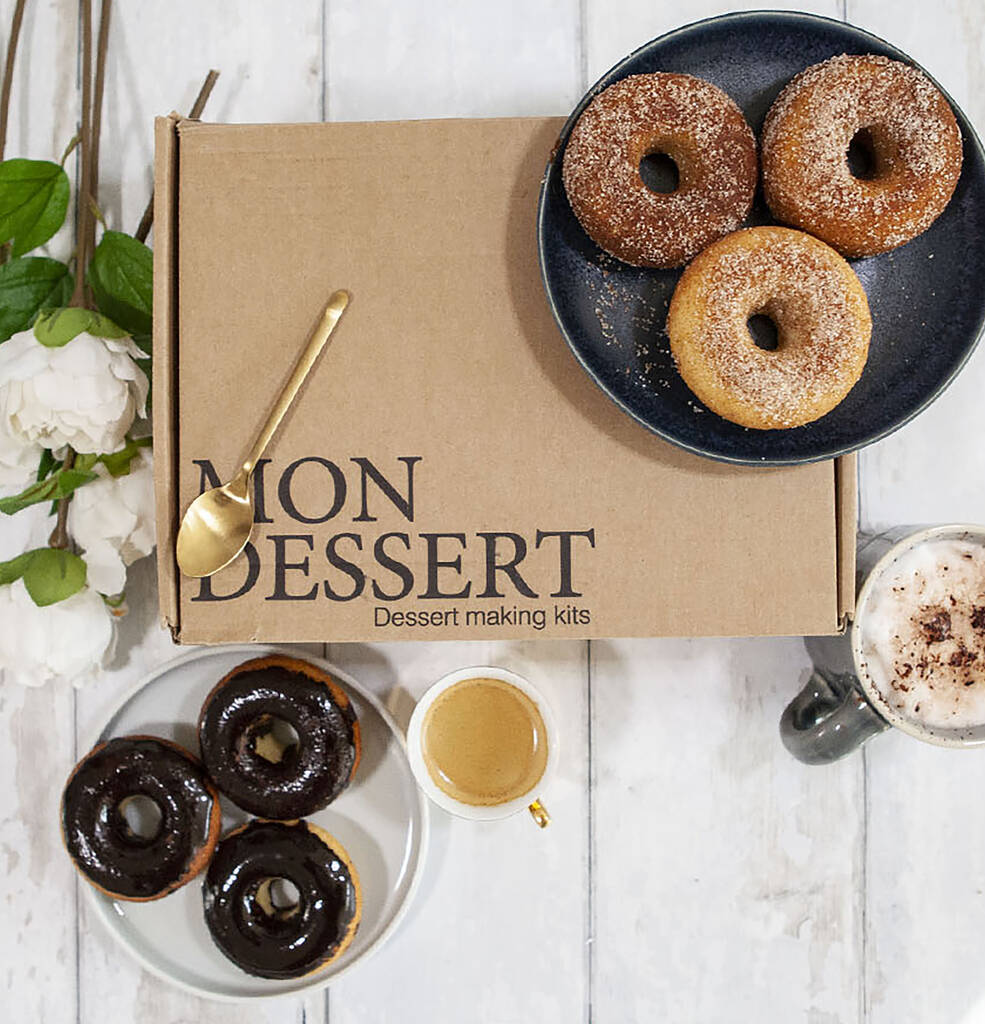 Makes 12 utterly delicious doughnuts which are so simple to make.

Makes 12 utterly delicious doughnuts which are so simple to make.

The jury is out on which country invented the doughnut. America or Holland? The legend has it that Dutch sailors brought their Oliebollen (translated as oily cake balls) to New York when they settled. Somehow along the way they got their famous hole and were rebranded as doughnuts- and the rest is history.

Mon Dessert is bringing you a lighter take than the classic fried variety. Still indulgent- but less so.

These tasty treats are which are so simple to make you'll be whipping up different flavour combos in no time at all.