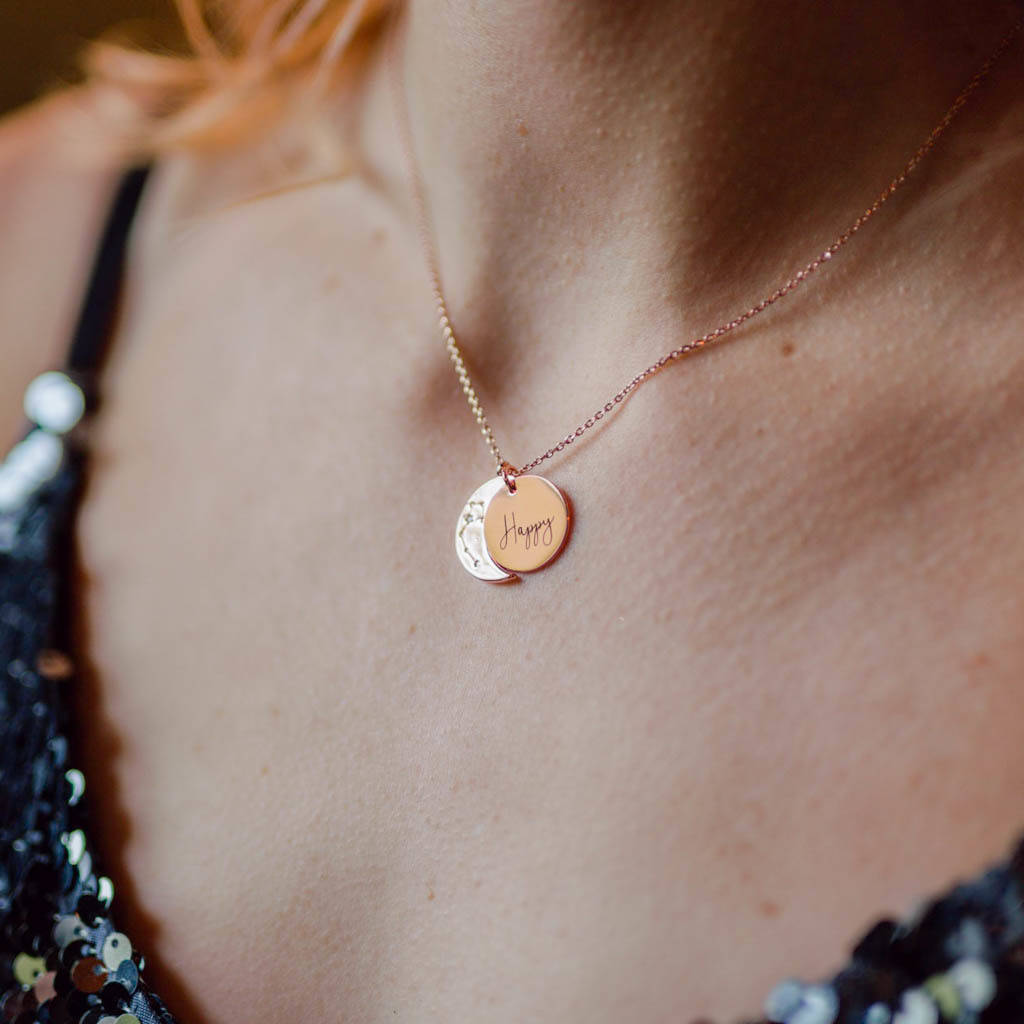 This lovingly personalised necklace comes with your star sign etched across a stunning, rose gold crescent moon pendant accompanied by a disc charm engraved with your choice of wording. Each constellation has one single crystal carefully placed to represent the sparkly stars of which each zodiac sign is made up of. The charms are suspended from a delicate trace chain with extender links so that you can adjust the length of the necklace to suit the outfit you are wearing and this is all securely fastened by a lobster clasp.

A rose gold plated disc charm will be engraved with the name or wording of your choice and attached next to the moon pendant. We can allow up to 2 lines of text with a max of 8 characters per line, including spaces and punctuation.