15% off everything with code SMALL15 ends 10am tomorrow. Minimum spend £50. Shop now 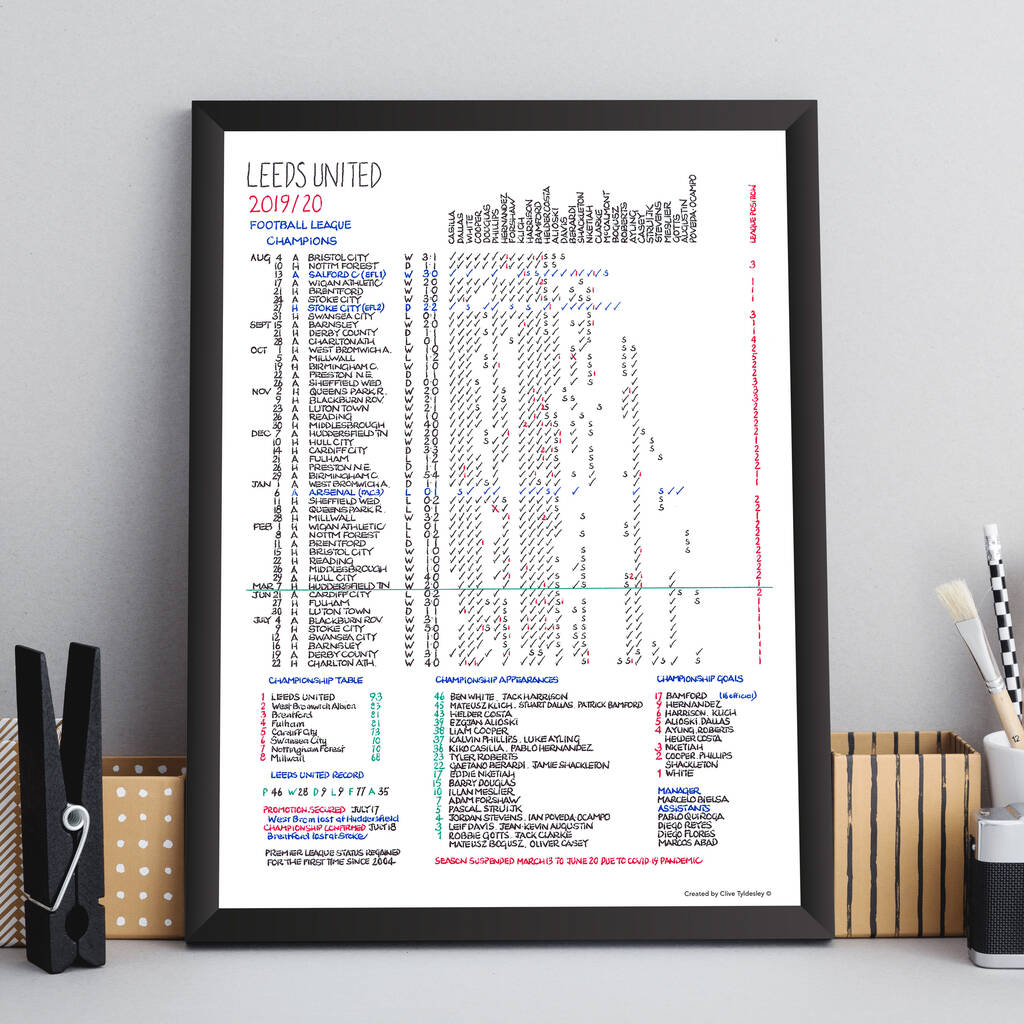 Delivery not available to this country

Bring a smile to the face of your Dad, or indeed any Leeds United supporter with this highly personal and matchless piece of football memorabilia. These eye-catching research notes are the tools of the trade for legendary football commentator Clive Tyldesley, his safety-net when he is performing to television audiences of millions. Meticulously prepared and beautifully handwritten they will bring back treasured memories for Leeds fans of all ages. For an extra £10 Clive will personalise this with a message and his signature.

Leeds is one of 37 teams for which charts are available.

This print of the match chart from the famous FA Cup win at Old Trafford is a reminder of a joyful day on the long road to putting Leeds back where they belong. The League One leaders knocked their great rivals out of the Cup with Jermaine Beckford’s goal to the delight of thousands of travelling fans.

This is a complete and visually-striking record of every result, scorer and appearance during the Championship-winning season that carried Leeds back to the top flight. The 16-year wait was ended by a wonderful campaign, masterminded by Marcelo Bielsa, that swept Leeds 10 points clear of all their pursuers.

Each of the three charts comes with a separate letter from Clive Tyldesley explaining more.

Choose to have your chart personalised! Clive Tyldesley will sign the back of the chart to a named person of your choice.

Charts are printed on Vision 250gsm board

Our frames are handmade in UK from sustainably sourced real wood , with an open grain finish. A simple flat profile that is 22mm wide and 22mm deep beautifully enhances each commentary chart, showcasing it as the work of art it is. They are fitted with a 1.2mm clear acrylic cover and come with an MDF backing board. The A4 frame comes complete with strut back and two hooks and the A3 frame with two hooks.

1 Reviews
Delivery not available to this country