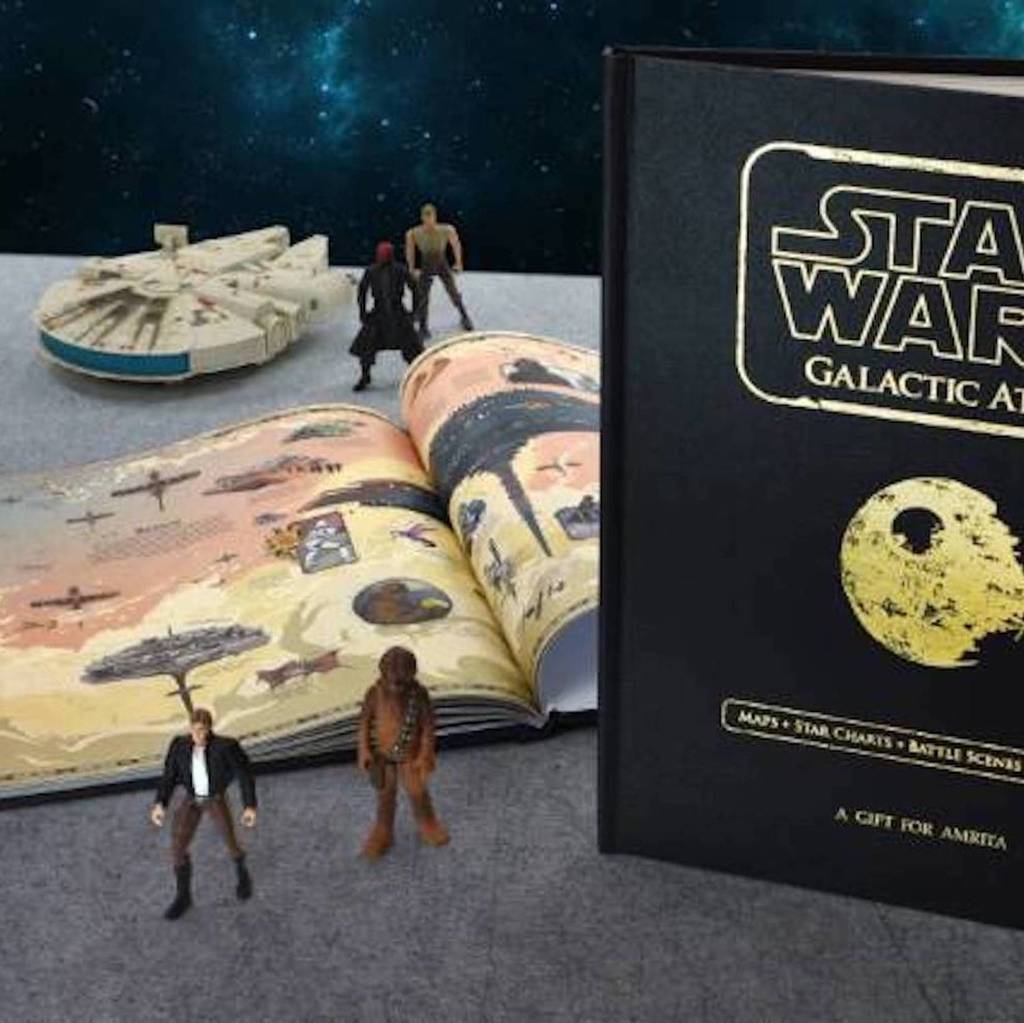 Fans can explore a galaxy far, far away with this Personalised Atlas Book that includes every location ever mentioned within the Star Wars universe.

Fans can explore a galaxy far, far away with this Personalised Atlas Book that includes every location ever mentioned within the Star Wars universe.

Covering the Star Wars universe, the Star Wars Galactic Atlas is filled with double-page spreads illustrating the galaxies and planets referenced from the film franchise. Including multiple TV shows and canon literature, this book is presented in a FREE gift box and will become the ultimate keepsake for a true Star Wars fanatic.

As for the book itself, the pages are purposefully tarnished and withered to create the illusion the edition has come from “A long time ago, in a galaxy far, far away”. Encased in a black leatherette, the book allows the recipient’s Name to be embossed on the cover, adding to the uniqueness of the edition.

Particular note-worthy worlds from the film franchise such as The Force Awakens and Rogue One, as well as the reputable television shows, The Star Wars Rebels and The Clone Wars are illustrated in the edition.

Please Note: A Gift For is printed as standard.

Embossed name on the cover included in price