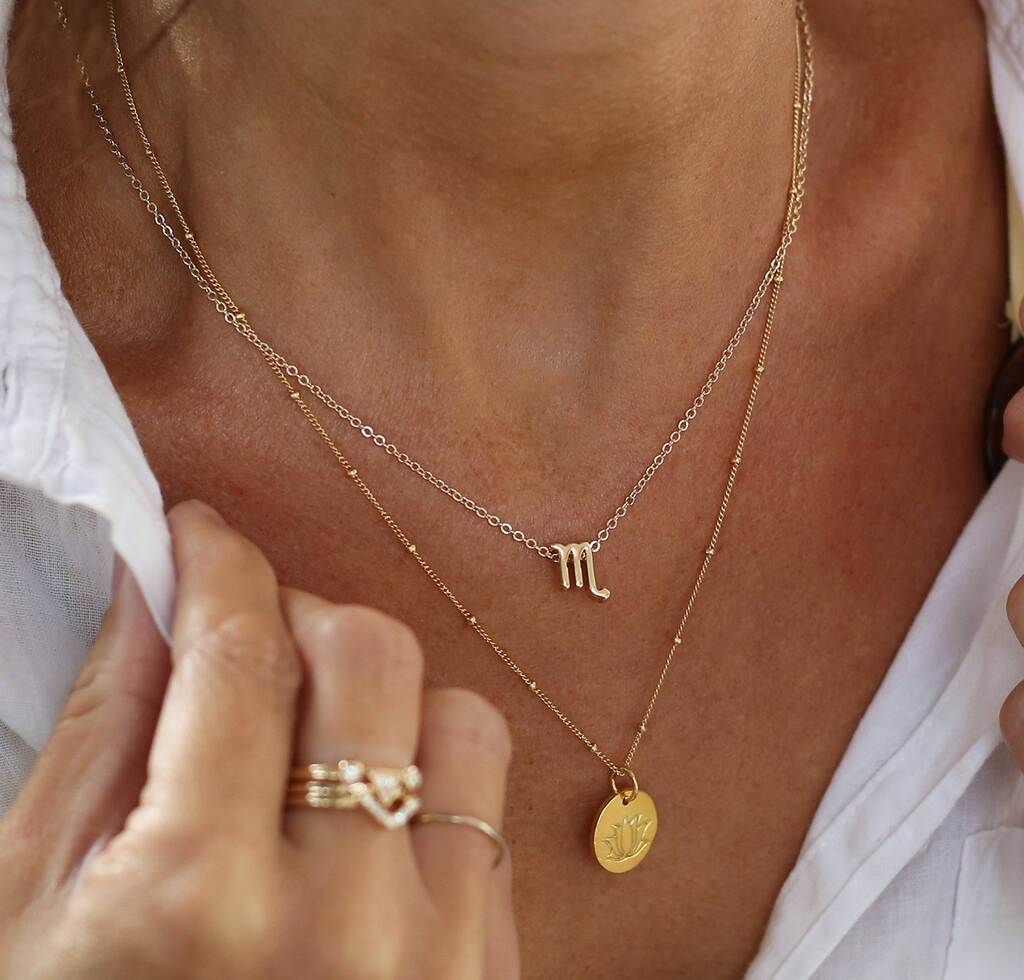 Although astrology is not fact or religion it gives us comfort in our connection to the universe and more insight into ourselves. It can help us find others we are most compatible with, a long with our own positive and flawed character traits.

Layer this small necklace with others to fit with your own unique style!

Your J & S Jewellery purchase will arrive beautifully mounted on a gift card and presented in your choice of organza bag OR white slimline gift box (£2.50).