Made in Cornwall with high oleic Argentinian peanuts which are deeply roasted and blended with the finest organic ingredients from around the globe, to produce.

In 2016, Lisa and Andrew embarked on the holiday of a life time touring around New Zealand in a camper van called Freda. Little did they know that it would literally be a life changing trip.

As peanut butter lovers they searched for a couple of artisan brands on the shop shelves of New Zealand and were impressed that there seemed to be a revival of great quality nut butters there that were a million miles from the palm oil and refined sugar loaded offerings to be found in UK supermarkets. This sowed the seed of an idea to produce their own, but rather than it being plain peanut, they decided to incorporate interesting flavours from around the globe.

After a year of trial and error, Freda’s was launched in 2017, and from the early days of making Freda’s in the kitchen at home, it is still made by Lisa and Andrew in the spacious surrounds of Duchy College in East Cornwall.

Our award winning flavours are all vegan, no refined sugar, no palm oil; this is peanut butter... but better! 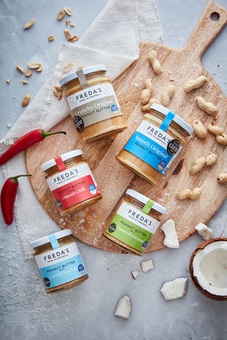 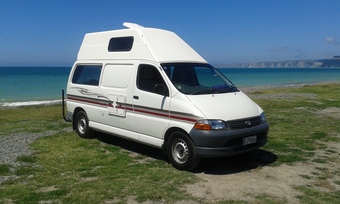 Although we aim to get your Freda’s goodies to you much sooner please do allow for dispatch within 3 working days and delivery by courier in 3-5 working days.

Orders will be despatched within 3 working days. We aim to despatch faster than this but it cannot be guaranteed. Delivery by courier will be 3-5 days after dispatch.