To design and create innovative ceramics

Sculpta Ceramics have a history of ceramic product design & development. They began manufacturing in 2006 at the Roslyn Works, a Grade Two listed former Victorian Pottery which is now a business centre. It still has the original bottle ovens intact although they are no longer used for firing.

The company was formed by Ceramic Designer Nathan Smallman BA(Hons) who has worked for many years in the ceramic Industry as a modeller for bathroom product manufacturers in the UK and overseas.

Nathan began designing and making his own products after he went freelance upon being made redundant. Undeterred by the hard times experienced in Stoke-on-Trent over the last 20 years, Nathan set out to show that the traditional skills and vast knowledge of the Stoke Potters still had value. This theory has come to fruition with the success of small business start ups by former industrial artists and potters. 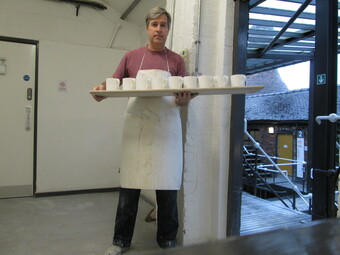 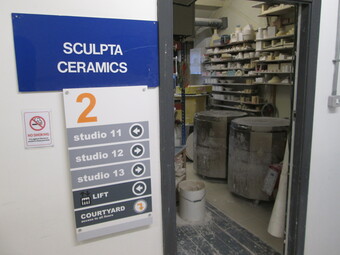 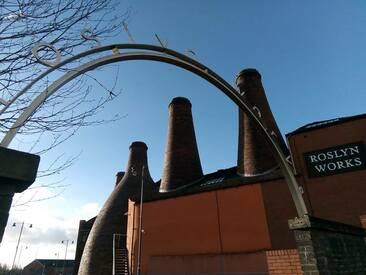 Nathan continues to focus on making Cream ware which was initially made popular by Josiah Wedgwood. It's warm look is what gives it that classic antique look. Cream ware is an Earthenware body sourced locally in Stoke-on-Trent. All the materials used in production are sourced from local suppliers. More recently Nathan has developed a range of Sculptural Ceramics with a burnished bronze finish.