MyHartBeading jewellery is created in London by Danish Jewellery Designer, Gitte Hart. Her aim is for all pieces to have a Scandinavian feel to them allowing for each piece to be trendy, contemporary and versatile, staying true to the designers inspirational focus in Danish Design. MyHartBeading jewellery is created by hand using beading and wire-wrapping techniques. All pieces are created using semi-precious gemstones, freshwater pearls, Swarovski elements combined with sterling silver and gold as well as rose gold in various carats. Wherever possible, fair-trade elements are worked into the unique pieces.

All pieces are shipped off carefully placed in a velvet pouch within a signature jewellery box. Gift wrapping is available on request!

The MyHartBeading 30mm Fair Trade Hoops with freshwater Pearls in Gold were featured in the December issue of TATLER 2017.

The MyHartBeading Round Freshwater Pearls and Fair Trade Hoops were featured in the December Issue of BRIDES magazine in 2017.

:: MyHartBeading was invited along to a VIP section at London Fashion Week 14 -17th February 2014.

:: The MyHartBeading 'Moonstone and Gold Drop Earrings' were featured in the March Issue of British Vogue, February 2013.

MyHartBeading jewellery is stocked at The Consortium in Winchester since beginning of 2016.

MyHartBeading is being stocked at M.A.D.E., located in Cirencester, since July 2019 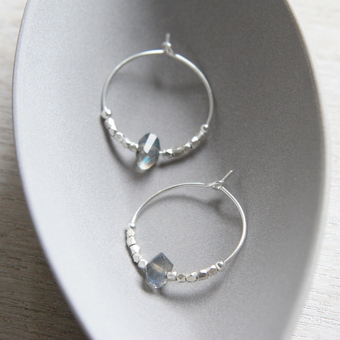 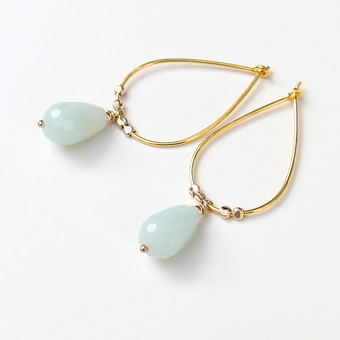 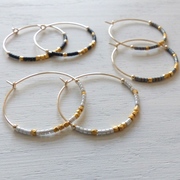