Wilfred's - All Spritz and No Alcohol

Awarded "Best Non-Alcoholic Drink" by the 2020 Great British Food Awards, Wilfred's is a complex non-alcoholic aperitif that pairs perfectly with tonic for a 0% bittersweet Spritz.

In search of the perfect non-alcoholic drink that captured all the complexity of the greats but without the alcohol, founder Chris Wilfred Hughes found himself reinventing the Spritz. Flavour and quality were of the utmost importance, and it took over 18 months of experimentation and more than 100 recipes to get Wilfred's just right.

Chris Wilfred sourced botanicals from rare Japanese hibiscus to English rose; but his journey eventually led him back to the flavours he associates most with home in Britain; fresh rosemary from his mother's garden, and bitter oranges from his father's marmalade.

Made in Britain from a carefully crafted blend of natural botanicals, Wilfred's is full of vibrant flavour with its zesty bittersweet orange, aromatic rosemary, clove and just a hint of rhubarb. 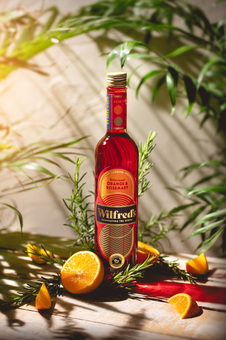 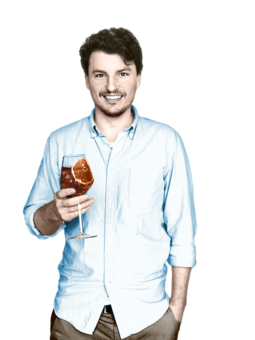 ""An incredible blend of bittersweet orange, rosemary and rhubarb. It is the perfect Aperol substitute.""
read more