Your veil should be as unique as you.

At Unveiled by Sophie we pride ourselves on making exquisitely detailed veils, handmade in Bloxham, a stones throw from the Cotswolds. Every design has been lovingly created by Sophie, using beautiful materials sources from around the world. We have the ability to take your vision to create a stunning one of a kind design, or supply you a veil from our existing range. Each veil is hand cut, packaged beautifully and made with love.

We understand that your wedding is as unique as you. 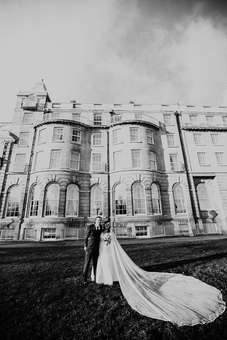 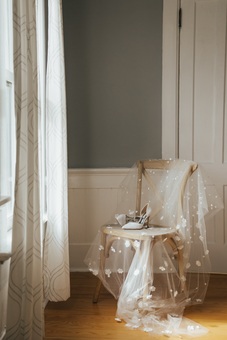 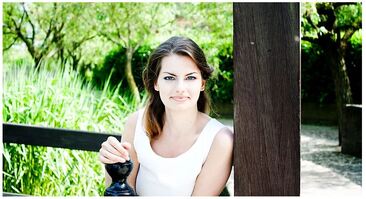 I get to make women feel empowered and beautiful. In a world where we're so often pitted against one another, I think that's really special. Sophie

Sophie started her career by winning a coveted apprenticeship at Royal Opera House as a Costume and Footwear Technician. During her time she gained a wide range of expertise working with the unparalleled quality of the costumes and knowledge of those working in Covent Garden. She spent her final 6 months in the ladies workroom, learning and honing her craft from some of the best makers in the world.

After completing her apprenticeship, Sophie went onto a bridal boutique in Central London, learning the couture techniques. She then landed a job making for Disney's Aladdin. She created over 150 intricately beaded headdresses for both stage and screen, for productions around the world. She also worked on many productions such as Phantom of the Opera for Paris and Game of Thrones.

Her meticulous attention to design and detail set her on a path of creativity to set up Unveiled by Sophie in 2017.Within two months of running the company full time, Unveiled was featured in Vogue magazine.

All our luxury veils are hand made in the UK and come in their own gift box. We highly recommend getting a hanging bag and clip for safe storage.

At Unveiled everything we offer is designed and made in house. This means you can change any aspect of a veil - be it the comb, length or even design from scratch. If you see something you like but it is above your budget, please do get in touch - we will always do our best to make small changes or create something with a similar feel, that's perfectly unique to you and suits your budget.

Delivery will be within the quoted time on the item you have purchased.

All items are refundable (excluding bespoke embroidered veils), providing the veil is in original, undamaged condition.