Tiny Grey is the studio of Sophie Scott-Lewis, an artist and illustrator specialising in portraiture, picture books, advertising, and editorial illustration.

Sophie Scott-Lewis entered the world of illustration over 15 years ago. Her unique and bold drawings have given her the opportunity to work with clients including the BBC, Amazon, NHS, and the University of the Arts. Her career highlights include having work featured in the centenary issue of British Vogue.

Sophie set up Tiny Grey, an independent illustration studio almost a decade ago, initially creating family portraits. Since then, she has branched into the world of publishing, advertising, and editorial work. Alongside Tiny Grey, Sophie is the Creative Director at an award-winning marketing company in the South West, heading up the creative design and copywriting teams to create wonderous artwork for global brands. From brand identity creation and digital illustration to photography and brochure design, Sophie's style and creative flair has become the visual foundations of thousands of campaigns. Career highlights include illustrating for Sir Paul McCartney and Peter Jones. 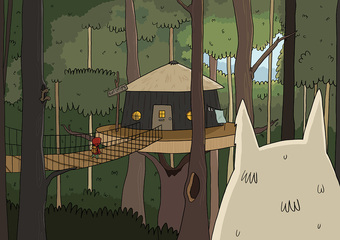 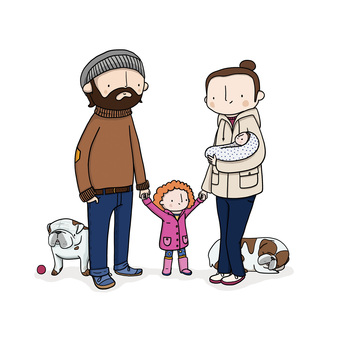 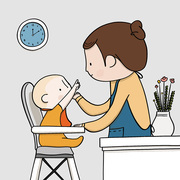 Dispatch: Tiny Grey aims to dispatch orders within 2-3 working days. For bespoke illustrations, please allow for up to 30 days. If a delay is evident, you will be notified when the item/s will be available for dispatch.

Item variation: While photographs are taken to be as accurate as possible, some variations in colour may occur due to lighting and screen calibration.