Classic confectionery with unexpected flavours. Handcrafted from fluff to cut!

The Marshmallowist was the first producer of gourmet marshmallows in the UK. Using premium ingredients - only whole fresh fruits, organic herbs & spices and boutique alcohol.

Having trained as a chocolatier in Paris but starting her business on a portobello road market stall, Oonagh Simms creates marshmallows with a french soufflé-like texture and a signature London edge.

With a flair for the adventurous and a taste for success Oonagh now sells her marshmallows to some of Europe's fanciest stores.

The Marshmallowist’s bold design and unique luxury packaging have received worldwide acclaim featuring in Vogue, Wallpaper Magazine and The Times.

The Marshmallowist is now headed up by Oonagh and her sister Jenny. Oonagh whipping up her creations in the kitchen and Jenny doing all the bits that Oonagh doesn't want to do well, that's the point of sisters, right? both are committed to discovering new trends and making ethical choices. 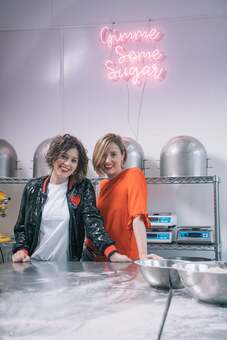 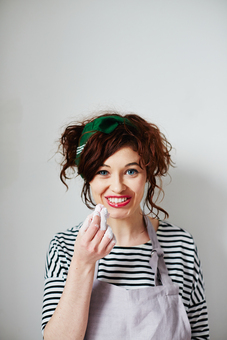