SINTAMANI is a boutique brand founded by designer maker Priya. The brand name, derived from a Sanskrit word, was chosen to reflect Priya's inspiration and design ethos.

Priya's fascination in body ornaments stems from her heritage, where jewellery is considered a treasured artefact. While travelling in Sri Lanka, Priya visited a traditional goldsmith, who showed her the art of handcrafting fine jewellery. Intrigued, Priya trained to learn the various skills used in the industry and graduated from Birmingham School of Jewellery.

The concept behind SINTAMANI is to create a modern version of traditional Indian jewellery; the designs being inspired by intricate repetitive patterns seen in imperial Mughal architecture and textiles. After graduating, Priya was awarded funding by the European Regional Development Fund and Birmingham City Council, allowing her to hone her design skills and to explore the use of technology. Priya uses a combination of computer aided design and 3D printing alongside more traditional jewellery techniques to create her collections. The outcome for each design in the Blue Lotus and Star Lotus series is a decorative motif, the Lotus flower, symbolic as being associated with beauty and prosperity.

Priya works in precious materials; sterling silver, gold plate and sets with one of the Navaratna gemstones to replicate the grandeur from the bygone era of the Mughal empire.

All work is crafted in Priya's workshop in London. 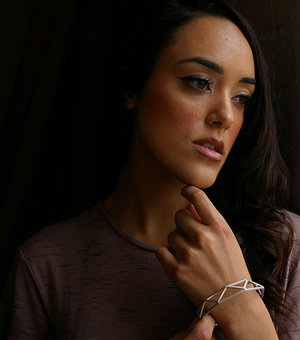 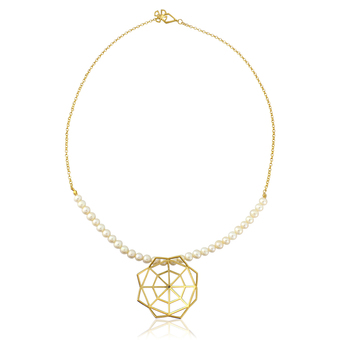 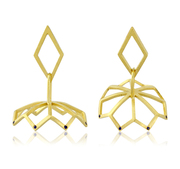 All item/s are carefully packaged to ensure maximum protection during transit.

Prices may fluctuate due to market forces, SINTAMANI reserves the right to alter them.

Designs may vary slightly from those illustrated due to production methods.