During my placement year at university, I signed up to run the London Marathon 2018 for ‘Save the Rhino’. My random, sudden appetite to run a 26.2 mile race came because I was eager to raise money for African wildlife conservation. Once my spot was confirmed, before I could even think about the fact that I had to run a 26 miles, I had been set a fundraising target of £2,000.

In come the accessories.

I started creating beaded jewellery to raise money for my fundraising. I used an app to sell these wonders and called my profile ‘Rhino Beads’. Within a few months I sold everything and my worldwide ranking on the app went to 158th.

in April 2018, I completed the London Marathon and raised a total of £2,100. Why stop here though? I thought 'Rhino Beads' could be built upon.

Skip to the present and today we have traded at some awesome festivals, featured in magazines such as Vogue and Marie Claire, moved into a new HQ studio in South London and have grown into a small team!

That's how we started, now we haven't stopped. 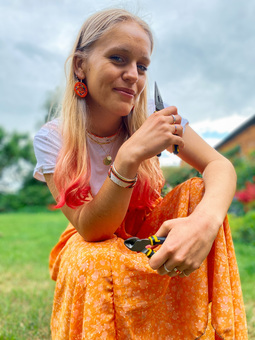 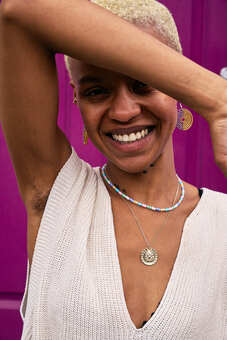 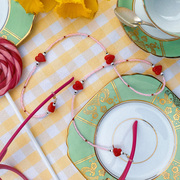 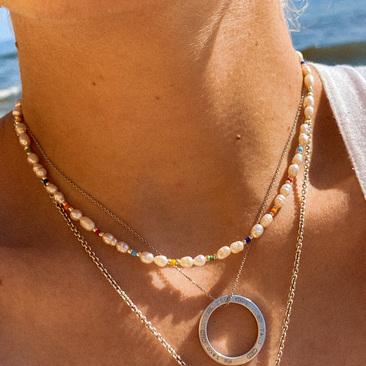 Rhimani donates 10% of profits towards the protection of African wildlife.

Importantly Rhimani came about because I wanted to raise money for wildlife conservation and 'Save The Rhino'. This concept still very much remains. Rhimani supports the protection of endangered species and will ALWAYS continue to do so. My true love is supporting these causes and doing what I can to help them survive. A portion of each and every purchase is put aside and we donate at least 10% of makings towards charities that focus on deprived communities in Kenya, and critical areas of African wildlife conservation.

The jewellery is handmade in-house by us in our South London studio. All our materials are sustainably sourced, the beads are made from glass and we use sterling silver 925. Our packaging is also all completely biodegradable!

"You're going to adore these ethical jewellery brands"
read more

Here at RHIMANI, we truly believe in sustainability and being environmentally friendly. Therefore we are proud to tell you that our packaging is biodegradable, compostable and recyclable. You’ll find no nasties!

- UK ORDERS are posted using ROYAL MAIL FIRST CLASS. This includes signature on delivery and online tracking to check if the item has been delivered. First class usually takes 1-2 working days to deliver following dispatch. We aim to dispatch our items within 48hrs after purchasing.

International deliveries are sent via DPD, DHL, Royal Mail or Hermes at £9.00. Depending on what country we're posting to, we'll use the best courier. Delivery times for international shipping can vary significantly, but are generally:

Rhimani donate at least 10% of our makings towards conservation work. We are proud supporters of Tusk, the African wildlife conservation charity.