Merci Maman is an award winning jewellery gifting company based in London. We specialise in hand-engraved personalised jewellery with sentimental meaning.

Merci Maman translates to ‘thank you Mummy’ in English and is a nod to both our French origins and our original aim to celebrate the bond between mother and child. We continue with this ambition to hold love, joy and friendship at the heart of every design. Inspired by our French roots and hand-engraved with elegance and precision in our London studio, each individual piece of jewellery tells a unique story. We take care in each step of our process - from our unique French cursive engraving style to our signature orange boxes, we aim to make your gift-giving experience extra special with jewellery that your loved ones will cherish.

The first Merci Maman bracelet was crafted in 2007 by Béatrice de Montille, a French mum living in London, from her kitchen table. The team has now grown to 40 people based in the London, Paris and Berlin studios. Everyone is involved in the production process - injecting each piece with extra love and care.

Our jewellery is now loved by mums all over the world and is even treasured by royalty - The Duchess of Cambridge wears a Merci Maman necklace engraved with Prince George’s name! 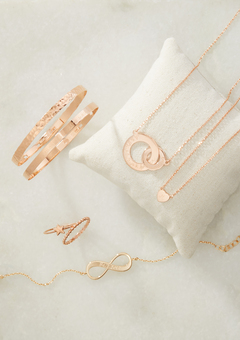 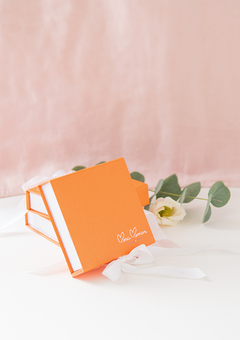 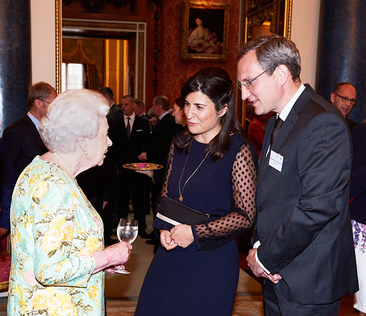 We are honoured to have received several local, national and international awards and to have been recognised in the media for our products, business and brand.

In 2017 we won the Queen's Award for Enterprise: International Trade, identifying Merci Maman's contribution to UK trade. To accept this prestigious award Béatrice and Arnaud travelled to Buckingham Palace to meet the Queen and had the chance to tell her a little more about the business. In October 2017 we celebrated the 10th anniversary of our brand with a party at The Résidence de France, London. Other awards include the Nectar Small Business Award 2015, Feefo Gold Trusted Merchant 2016-19 and last but not least Not on the High Street's Make Award for Customer Service 2019!

Professional Jeweller
"I never imagined that the Duchess of Cambridge would wear one of our necklaces and to receive this award really is the royal seal of approval!"
read more

Enterprise Nation
"The most meaningful piece of jewellery"
read more

Order any weekday before 1pm for dispatch the same day.

Orders shipped outside the European Union may be liable to taxes, duties, custom charges and extra fees charged by the courier company at destination. Payment will need to be made by the recipient and we cannot be held responsible for any charge once the package has been shipped from our London studio.

Rest of the World

Option to upgrade to Express Delivery by DHL

DHL delivery: please search for Merci Maman - express-delivery-service and add this to your shopping cart.

Tracking code provided. A signature will required upon delivery.

The content of the pages of this website is for your general information and use only. It is subject to change without notice.

Since our products are usually made in only a few days, if you wish to cancel your order, you must contact us to make sure your order has not been prepared yet (which would be when you received a confirmation e-mail saying your order is being processed). If your order has already been prepared you will not be allowed to cancel it anymore. The Statutory right to cancel an order and receive a full refund under the Consumer Protection Regulations 2000 does NOT apply to personalised items.

Given the very nature of our products which are specially made with your choice of words, our items are non-returnable and non-refundable.

If you notice a flaw in the product you received, contact us using the contact facility on the site to discuss or organise an exchange.

Neither we nor any third parties provide any warranty or guarantee as to the accuracy, timeliness, performance, completeness or suitability of the information and materials found or offered on this website for any particular purpose. You acknowledge that such information and materials may contain inaccuracies or errors and we expressly exclude liability for any such inaccuracies or errors to the fullest extent permitted by law.

Your use of any information or materials on this website is entirely at your own risk, for which we shall not be liable. It shall be your own responsibility to ensure that any products, services or information available through this website meet your specific requirements.