Dropping the Alcohol, Perfecting the Craft

Drop Bear Beer Co. exploded onto the UK beer scene in 2019 with the mission of bringing true craft to the low/no alcohol beer market.

100% natural, traditionally brewed with only the highest quality ingredients, Drop Bear believes in great low alcohol beer for all. That’s why the entire range is only 0.5% ABV, gluten free, vegan, and low calorie. No additives or funny business required! Each crafty bottle is on a mission to disrupt the industry, living proof that real beer doesn't need alcohol to be awesome.

With a loyal and ever increasing fan base, Drop Bear is the craft beer that the low/no alcohol market long desired. Join the Drop Bear revolution now! 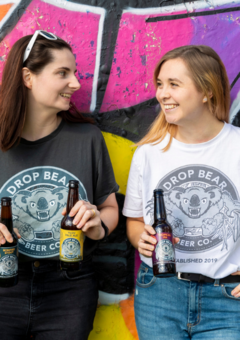 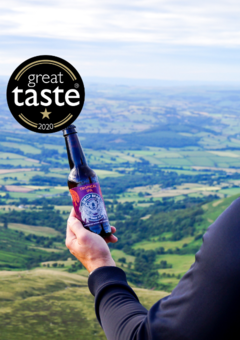 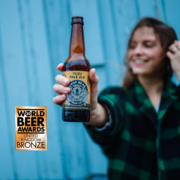 Sure, our job is to make life changing low/no alcohol beers but we strongly believe that businesses of any shape or size can and MUST do their bit to help the environment. We don’t want to just talk the talk, we walk the darn walk! Here are some of the steps we are currently taking:

Committed to saving as many trees as possible and minimising waste, the Drop Bear office is paperless and fully digital, and it always will be! We plant a minimum of 36 trees per month, sponsor global renewable energy projects and operate a renewable electric business vehicle to reduce our carbon footprint.

Committed to only using natural materials, all of our packaging can be recycled or re-used! From our glass beer bottles, cardboard shipping boxes with paper wrap to our mailing bags made from sugar cane, our message in a bottle in simple – recycle! So get your juices flowing and create that play room with cardboard boxes every cool cat (or Drop Bear!) has dreamed of.

Your Drop Bear Beer Co. orders will be shipped on Next Day Delivery with our chosen courier; DPD.