Make-at-home Artisan Ice Cream Kits using the highest quality ingredients for a luxury dessert you can make in minutes!

March 2020. The Lockdown. When restaurants and hotels were told to shut their doors, our family business's healthy sales collapsed overnight. With a warehouse full of fine artisan ingredients, two former Michelin-starred Chefs and a lot of hard work, we created a fantastic new ice cream concept; our cheeky little ice cream kits. Unlike anything else on the market, our ice cream mix whips up with milk to a smooth, luxury ice cream without needing an ice cream machine or any churning while it freezes. Simple enough to make at home in minutes and with restaurant-quality taste and texture.

This is a product you simply can't buy anywhere else at this quality, or with these flavours, inclusions and toppings - and we're immensely proud of it! 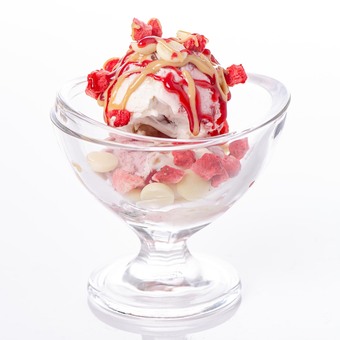 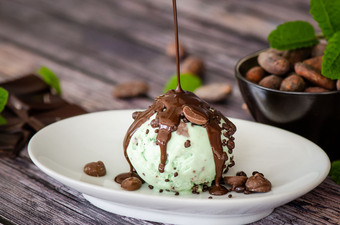 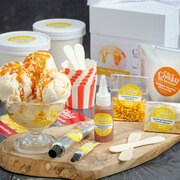 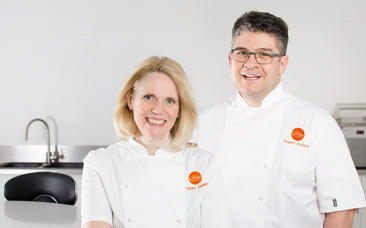 Having formerly been Head Pastry Chef at acclaimed Michelin-starred restaurants, such as Tom Aitkins Restaurant and L'Ortolan, Vicky now works as a development chef providing training and advice to the UK's leading chefs, chocolatiers, mixologists, bakers and domestic chefs.

Rupert was Head Chef at Michelin-Starred Fischer's at Baslow Hall for 17 years, having previously worked at Le Manoir aux Quat'Saisons, L'Ortolan, The Red House and at Restaurant Gordon Ramsay and now works as a development chef focusing on training the next generation of chefs working with colleges across the UK.

Our ice cream kits are delivered in plain parcel boxes which do not reveal the contents. The kits themselves are packed in white gift boxes with our labelling and ingredients, finished with a ribbon and bow.