We create personalised gifts your little one will remember for a lifetime. Since we began we've had more than 15,000 5* reviews.

It all started when a father wanted to give his daughter an incredible gift for her birthday.

A one-of-a-kind book, written and illustrated just for her.

That night in bed, the father couldn’t stop thinking about the project.

“If I can feel like the Best Dad In The World by creating this book, why not give others the same superpower of creating something so incredibly special for their little loved one?”

That night, the father didn’t sleep much.

After many more sleepless nights, he found the courage to pack in his day job as Ad Tech Entrepreneur and set out to find a team to realise his crazy dream.

A couple of months and several bemused conversations later, the team was set. Ed, Mark, Nick, Oli and Tim were on a mission to create wonderful personalised children's books and try to make the world a better place while they were at it. 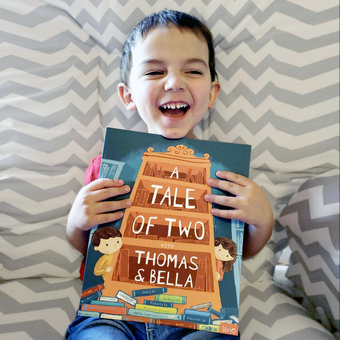 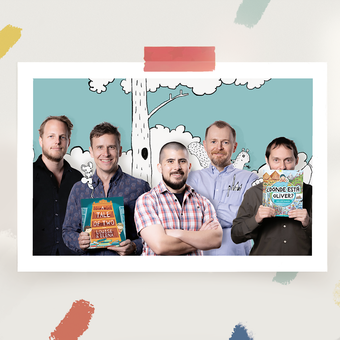 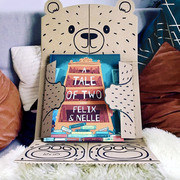 "This is a charming book and is unusual in that two central protagonists can be personalised, making it a sweet gift for siblings or for a child to give to their best friend. The story is a simple one, involving a magical game of hide-and-seek through the worlds inhabited by various classic tomes, including The Jungle Book and Heidi, with stylish illustrations and a less cloying tone than many personalised kids’ books. "
read more

The Independent
"It took me less than 10 minutes to create a book for my daughter and her friend, and even though I know my kid would love to find her actual pal hiding under the tree come Christmas morning, I hope that pageing through this book will somehow join them together in their imaginations. If it can make my kid feel like she's with her friend, even for a few minutes, well, that's the magic of reading combined with the power of friendship."
read more

Thank you for your order.

It’s Librio’s own eager beaver here and I’ll be handling things from here on in.

First of all, here's some important stuff about your order:

Each of our products is created completely individually to your precise specifications, so please double-check everything to make sure it looks just as you want it.

Your order will be sent to Printer Bear and he will prepare it for printing. From that point on, I'm afraid no more changes are possible. He’s very adamant about that and, really, who’s going to argue with a bear? ??

In case your order is a gift which might not arrive in time, we have created special vouchers to print out yourself and give until the order arrives. If you are interested, just let us know and we will send you a link.

We can’t wait for you to see the fabulous gift you’ve created on Librio. It’ll be with you shortly.

In the meantime, we’d love to hear from you if you have any questions or comments and please feel free to leave me a review.