From Hive to Bottle

The British Honey Company began in 2014 in the Oxfordshire Cotswolds, providing a range of scrumptious 100% unadulterated British Honey from Apple Blossom to Heather and Borage, plus the most natural of all honeys - a British Honeycomb, or cut comb.

Our love of gin and honey led our Head Distiller, to produce our multi award-winning Keepr's honey and fruit infused spirits, which all started with our Classic London Dry Gin infused with 100% British Honey. The collection now includes a delicious selection of British spirits using locally sourced fruit, infused with both honey and unique botanicals from around the world.

We are proud to be supporting the preservation of British bees as part of the Bee Farmers Association - the voice of professional beekeeping in the United Kingdom. The honey we produce and that is used to make our spirits is 100% pure British, no blended foreign honeys or fake honey. 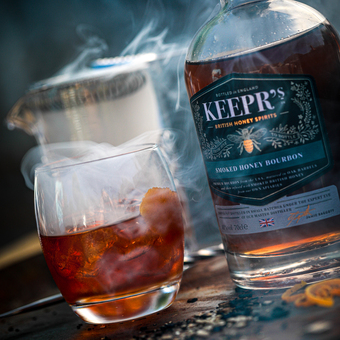 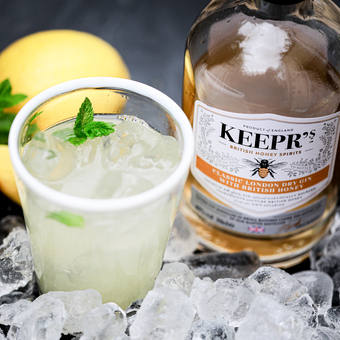 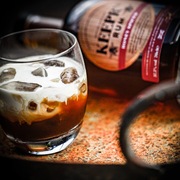 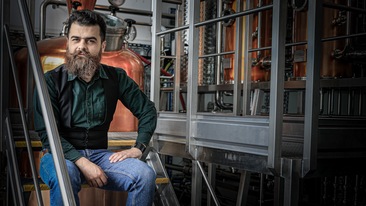 We are proud to have been recognised globally for our distilling finesse with multiple awards.

Our still is importantly named Ada after our founder's late mother in law. Ada is a handcrafted 1000 litre still and is the only one of its type in the world. Based around the combination still, we have incorporated a 60-litre infusion chamber for our carefully selected botanicals. This allows our Head Distiller Marzio to extract the purest of essential oils and flavour compounds to create our unique artisan gins and infused spirits.

At The British Honey Company we work hard to reduce our carbon footprint where we can. For this reason we have opted for our still to be powered by four electric heating rods. This is a clean heat source and greatly reduces our emissions to the environment unlike the majority of stills which are currently using oil and gas.

Our still and columns are made from copper, helping to remove sulphates and phosphates from the finished product giving our products a sublime smoothness that will surprise and delight the palate.

"The Keepr’s Honey Lovers Gift Box is just one of many gift sets The British Honey Company have to offer on their website. This gift set is £45, and it contains two full size items in a really cute, white gift box with a floral design featuring tiny little bees on the front of the gift box. Inside the Keepr’s Honey Lovers Gift Box there is the Classic London Dry Gin with British Honey 40% Vol. 70cl which is £37.50 to purchase individually, as well as The British Honey"
read more

Gemmaetc
"Who would’ve thought gin infused with honey, lavender and strawberries would prove to be a match made in heaven? This very British gin from Keepr’s has a perfect balance of naturally sweet honey with fresh and floral ingredients, which combine together to create a sweet but warming flavour. It’s definitely more ‘syrupy’ in texture than the other gins on this list – so much so that you could drink it neat quite easily - so we think it works best as a base for a sweet spring cocktail."
read more