An eclectic collection of fine art prints created with a passion for film photography and geometry, light and shadow.

In our digital world of 'instant everything' which is mostly mass produced, Paul Cooklin is drawn to analogue film and traditional darkroom printing. His preference for film over digital derives from the nostalgic and timeless 'look' of black and white film, with it's tonal qualities and grain. He is also drawn to the rules of the negative and the traditional printing methods which he finds more rewarding due to the hands-on approach needed to make an individual silver gelatin print.

Cooklin's body of work consists of an eclectic collection of prints, spanning various photographic genres which have featured in numerous publications including TIME magazine, Italian Vogue and is represented by the Saatchi Art gallery.

Exclusive to Not On The High Street, a collection of images shot on 35mm and medium format film, available as signed Giclée reproduction prints on Hahnemühle’s Photo Rag art paper. 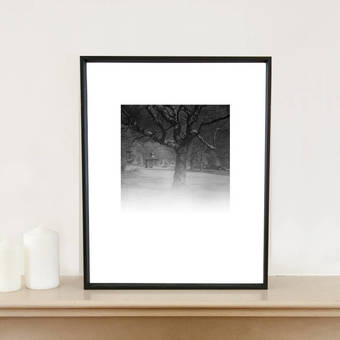 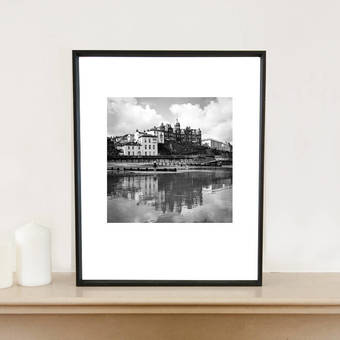 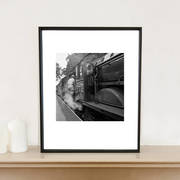 "A MASTER OF ANALOG PHOTOGRAPHY; HIS IMAGES CAPTURE FLEETING MOMENTS IN TIME, WITH THE PERMANENCE OF FILM, TO LAST A LIFETIME AND BEYOND."
read more

HUFF Magazine
"It's been an honor to show your photography as part the Fifth Annual Exposure Award. The work of this year’s project has been extraordinary, viewed by over five million photo enthusiasts from around the world. Additionally, your photograph was included in a digital display of images presented at the Exposure Award Reception at the Louvre. Your photography was included in the Black & White Collection and was presented at a private reception and hosted at: Musee du Louvre 7505"
read more

The Louvre, Paris, France
"I’m not necessarily interested in ‘reality’ per se, by that I mean I’m not trying to recreate ‘the truth’ in a journalistic sense or a faithful rendition of a scene, but I hope my images look genuine and honest."
read more

Xamou Art
"In the world of super advanced technology, black and white photography has gained a new appreciation for its back to basics approach. This happens to be method that Paul Cooklin chooses to exploit and you can see why from his collection of glassy perfected images. Growing up with his dad’s passion for visual arts, Paul was influenced by and ultimately inspired years later to change careers. Encouraged by his awe of cinematography in the Star Wars films, Paul dived into the professional world of "
read more

COPYRIGHTAll images and text on this website are the copyright and property of Paul Cooklin. All materials are protected under the United Kingdom and international copyright laws and treaties, which provide substantial penalties for infringement. The use of any images or other materials herein, in whole or part, for any purpose, including, but not limited to, reproduction, storage, manipulation, digital or otherwise, is prohibited without the written permission of Paul Cooklin.

TERMS & CONDITIONS By purchasing the selected photographs (the "Prints") you hereby agree and acknowledge that you are not acquiring any right, title or interest in or to the Print(s) or any associated copyrights, other than the right to possess, hold and use the Print(s) for non-commercial purposes. Furthermore, you agree that you will: (i) not scan, copy, duplicate or otherwise reproduce the Print(s), (ii) not use the Print for any commercial purpose, without the express written consent of the photographer against any claims, losses or damages incurred as a result of or in connection with your breach of the foregoing restrictions.