At our heart is a small team with a passion for wallpaper, textiles and all things interior, and a mix of design and retail backgrounds.

Led by the love of Florence Broadhurst's extraordinary designs and unable to source products in the UK, we seized the exciting opportunity to access the archive to give Florence's designs the spotlight they deserve.

Our imaginative and modern interpretation of Florence's designs brings new life to the archive. With the resurgence of colour and pattern in the interiors world, and an increasing desire for authentic, heritage products, we believe that Florence's designs are as relevant today as they were when she crafted them. Our collections are curated to be as diverse and eclectic as the archive is.

We aim always to be true to Florence and to capture her love of pattern and colour. We are honoured to be following in her footsteps. 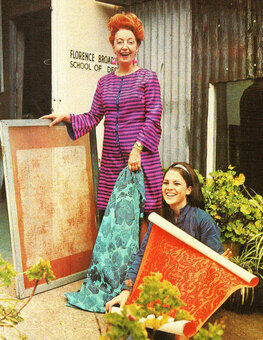 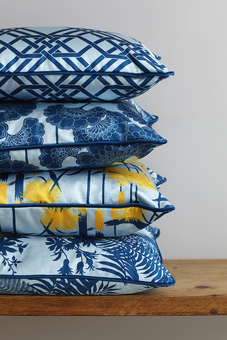 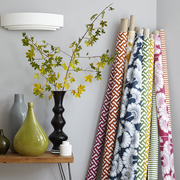 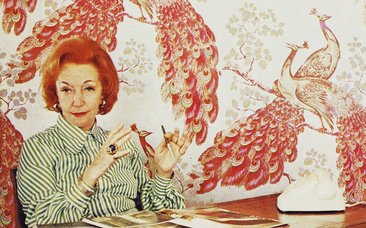 An extraordinary woman and a rich archive

Changing her name, her appearance, even her voice, she took on an array of different personas. Leaving her humble beginnings in the Australian outback, she became ‘Bobby Broadhurst’, a showgirl in the Far East in the 1920s. In 1940s London, from a salon on Bond Street, she clothed the aristocracy (and even the Queen Mother!) as ‘French’ couturier ‘Madame Pellier’. A flamboyant socialite, she lived life to the full.

Florence was a creative genius with an exquisite eye, and an astute businesswoman. Back in her native Australia, she created over 500 beautiful wallpaper and textile designs through the 1960s and 70s which were sought after all over the globe.

Sadly, in 1977, Florence’s prolific period of design was brought to a tragic end when she was murdered in her design studio in Sydney. Her murder remains unsolved to this day.