A little bit about us...

Originally launched at Country Living Fairs in 2004, we sold our unique and original wooden products all around the UK and joined notonthehighstreet in 2006.

We were nominated for several customer service awards and won two National Wedding Awards, were featured in almost every UK Home and Garden magazine, some National Newspapers and even on the front page of The Daily Apple in Hong Kong! Our products have been seen on TV and we've been featured on many fabulous blogs.

After many years of handpainting and hitting things with hammers (Steve's specialist skill) Giddy Kipper has seen a big change...we gave up our dusty workshop and headed back in the direction of my illustration to concentrate on my card and print designs instead 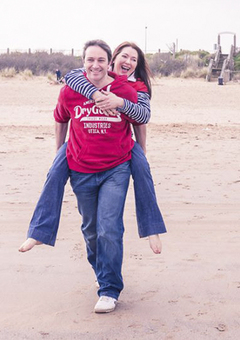 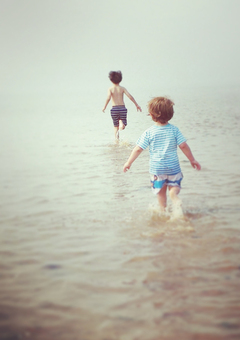 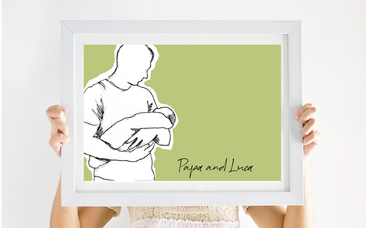 'time for a change!'

I now paint and design from our lovely home studio while Steve takes a more background role as business admin bod, chief packer and kettle-putter-oner. Basically we needed a change from the dust, the long hours and ok, my shoulder nearly fell off but that's another story.

My designs include, cute characters, campervans, pretty florals, bears, bunnies and anything else that stirs my imagination. Mostly colourful with a definite giddy style, personalised and full of fun. Starting with a sketch, I paint and scan and then work digitally on my design to finish each piece.

All of our products are professionally printed to order and can take up to 3 days to personalise, prepare and dispatch. However, we will endeavour to dispatch as soon as we possibly can. Please let us know if you have a required date and we will take this into account.

Any gift messages (which are offered automatically by this site) will be in the form of a standard gift note to the recipient with the option of adding a short message, typed by ourselves on dispatch.

All orders are sent via Royal Mail 1st Class with an estimated delivery of 1-2 days (although in some cases, this may be longer)