Beautiful high quality hand-finished cards designed and made in the UK by Illustrator Fay Miladowska.

In 2009 Fay started out on her journey to overcome chronic illness and unemployment, launch her own business and showcase her distinctive illustration style on beautifully crafted products. A decade on, Fay continues to meet the demand for beautifully designed and crafted cards created using British made recyclable materials.

Fay's business has featured in many publications from The English Home Magazine, Hello!, The Sunday Times Style Magazine and Grazia, nominated by Kelly Hoppen MBE as a 'star of tomorrow'.

Fay has also worked with dream clients such as English Heritage, Hallmark, The National Trust, Liberty, Fenwick, London Zoo, Highgrove, The Royal Horticultural Society and Fortnum & Mason. Her cards have featured in the windows at Harrods.

Fay works from her studio based in Lichfield, Staffordshire where she is totally immersed in her love for illustration. Fay hand-finishes and sends each and every product personally to you with lots of love and care. 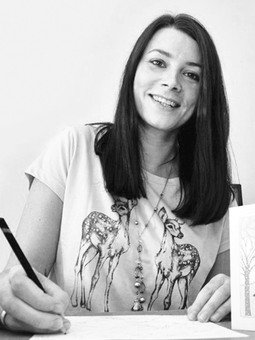 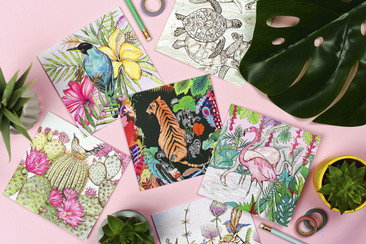 It's never been more important to stay connected with family and friends, and Fay hopes that you'll find the perfect card for someone in your life who needs a little extra love and care at this time.

If you would prefer Fay to send the card directly to the recipient, fill in the delivery address that you would like it sending to at the checkout. Type the message you would like hand written inside the card under the drop down 'Add a Delivery Note'.

If you are checking out with PayPal Express, this will automatically select the default delivery address from your PayPal Account so you need to ensure you change this when PayPal directs you to their website, or you can go through the 'secure checkout' option to amend this on the NOTHS website.

If you have questions at all simply click on the 'Contact Seller' button, and Fay will respond.

Fay's Studio uses Royal Mail 1st Class post and AirMail All items are dispatched within 1 - 2 days, we aim to have your items sent within 2 days of receipt of your order in the UK.

All designs, trade marks and names are copyright of Fay’s Studio and may not be copied, transmitted or used in any other way without the express permission of Fay’s Studio, which must be obtained in writing. Any misuse of these copyrights will constitute breach of copyright and Fay’s Studio will take legal action against any person or organisation infringing its copyright.

Damaged or faulty stock will be replaced provided we are informed within 28 days of the stock arriving.

Fay’s Studio does not accept the return of goods or cancellation of orders prior to giving consent.