K-nit has been knitting original woollen headwear since 2013, taking influence from indigenous cultures and spicing them up for the modern outdoors.

K-nit began back in the Spring of 2013 in a garden cabin full of old domestic knitting machines and assorted surplus wool. Carole wanted to clear the space so rather than give the wool away set up a working machine in the sun, hooked up some random colours and started knitting. Hours later there was a small stack of hats that were intended gifts for friends and family but Carole's two sons had another idea. By taking the distinctive, unique style and putting it together with a love for the outdoors.....K-nit was born! 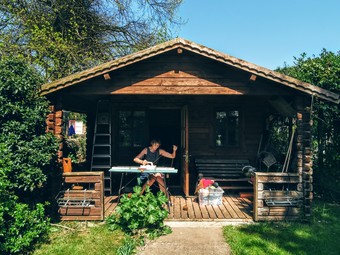