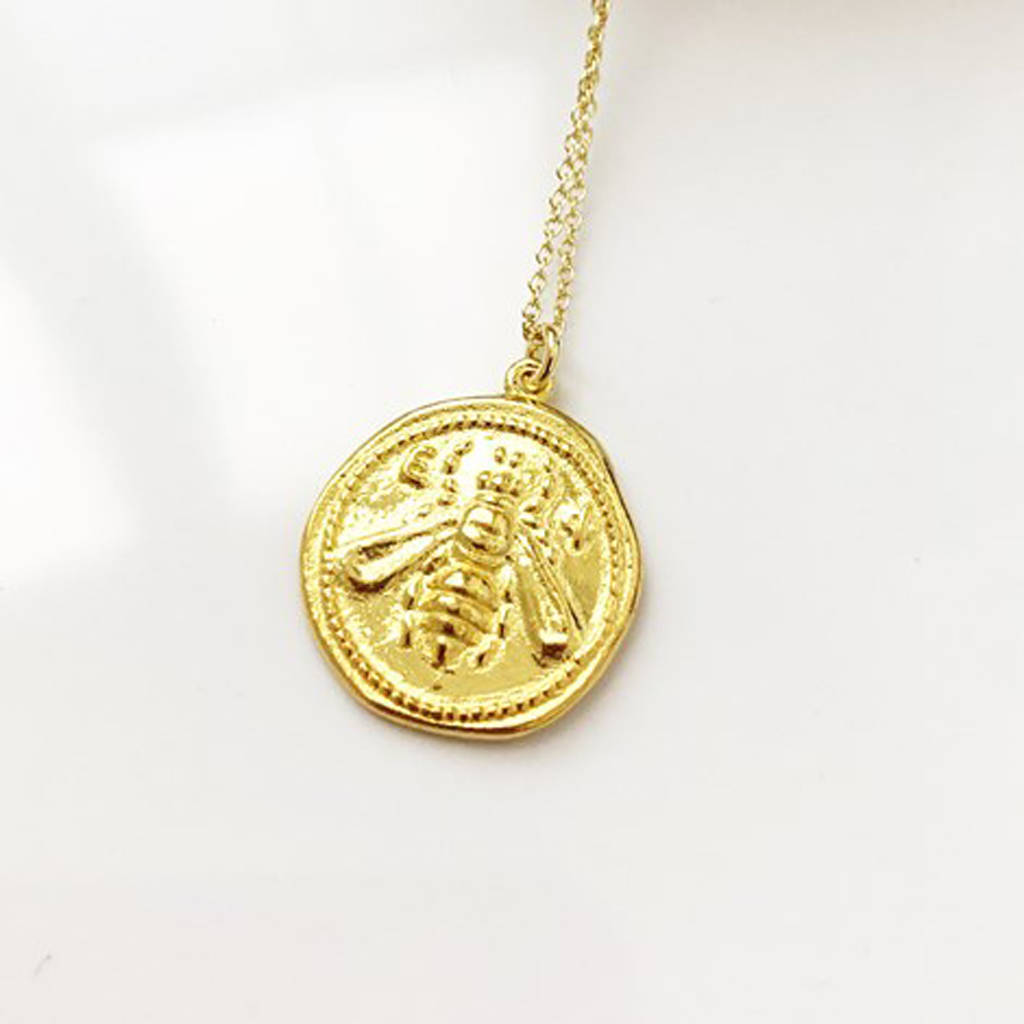 This is a necklace of an 18ct gold vermeil pendant based on a replica coin of an ancient 'Drachma of Ephesus, featuring a Bee.

This is a necklace of an 18ct gold vermeil pendant based on a replica coin of an ancient 'Drachma of Ephesus, featuring a Bee.

The coinage of Ephesus was associated with the worship of Artemis, a godess idolised in the city. The bee, seen on the front of the coins was a symbol of divine nature, which the ancient Ionians identified with Artemis. Bees were considered the Godesses' priestesses. The emblem of Artemis, the godess of hunting, is the deer, frequently depicted on the reverse of the coin. The palm tree denotes according to myth, the tree under which Artemis was born.

To create the medallion today we took a mould from an ancient 380 BC coin and cast it. The coin measures 13 mm in diameter and comes on an 18" (46cm) chain.